General Hospital Spoilers: Olivia Comes Down Hard On Lulu And Dustin While They’re On A Date 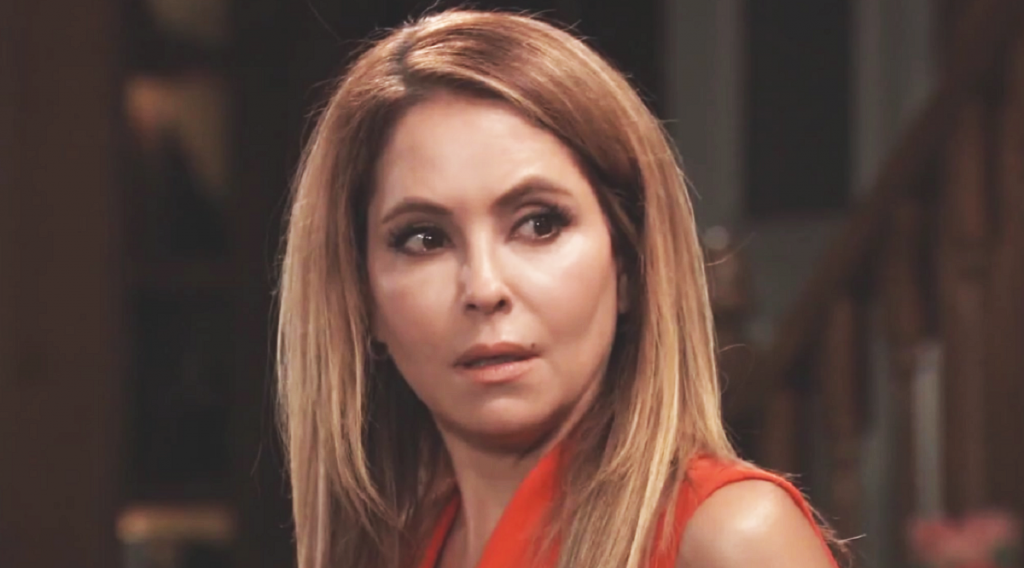 General Hospital spoilers tease that Olivia Quartermaine (Lisa LoCicero) will be up in arms, while Lulu Spencer (Emme Rylan) is mortified! Will Olivia come down on Lulu and Dustin while they are out on a date?

Olivia is Dante Falconeri’s (Dominic Zamprogna) mother, and therefore Lulu’s ex mother in law, now that the divorce is final. But Olivia did not take the divorce well, and made it known that she was not in favor of it. Olivia doesn’t want Dante replaced in her grandson Rocco Falconeri’s (O’Neill Monahan) life, and made that abundantly clear at his birthday party when she bought him an expensive baseball glove and lied that it was from Dante.

Lulu and Olivia had a dust-up over that because even though Olivia meant well, Lulu didn’t like that it was a lie. General Hospital viewers can only imagine the reaction of outspoken Olivia if she came upon Lulu and Dustin out on a date, possibly having dinner at the Metro Court.

Will Maxie ask Spinelli to investigate Peter on #GeneralHospital? #GHhttps://t.co/qAgULYJfAZ

Olivia currently co-owns and co-manages the Metro Court with Carly Corinthos (Laura Wright). But she was also buying Charlie’s Pub from Julian Jerome (William DeVry). She fully intends to put a pizza oven in it so it sounds like she intended to be hands-on. Carly would need Olivia to take over at the Metro Court while she is on maternity leave. But it is possible Olivia could handle both restaurants for a short time.

However, the sale could fall through with Julian not likely to pursue moving to Manhattan. Or the two could be in business together, since they share a son in Leo Falconeri (Aaron Bradshaw). Lulu and Dustin could be having a meal at either venue and Olivia could be there and spot them.

In Olivia’s mind, she may feel that Dante and Lulu are still married and should be for life. Especially since they have a child together. This would be in spite of her own baby daddies Sonny Corinthos (Maurice Benard) and Julian not being married for life to her because of their children.

However, Olivia might consider that differently. She was a single mother and not married to her baby daddies at the time of her two pregnancies. If Olivia is in this frame of mind she could very well lose her temper seeing Lulu and Dustin together. She may even accuse Lulu of adultery against Dante.

Of course, General Hospital viewers know Lulu would never cheat on Dante if they were still married, but they are not. The divorce is final. Obviously, Lulu will be mortified if Olivia spouts sanctimonious sermons about her cheating on Dante in front of Dustin! Dustin knows that the divorce is final and probably will not be bothered by the accusations. But he might be very bothered by the interference of Olivia, and consider her to be more of a monster in law than a mother in law.

General Hospital Rumor: Will Cassandra Blackmail Valentin To Do Her Dirty Work?