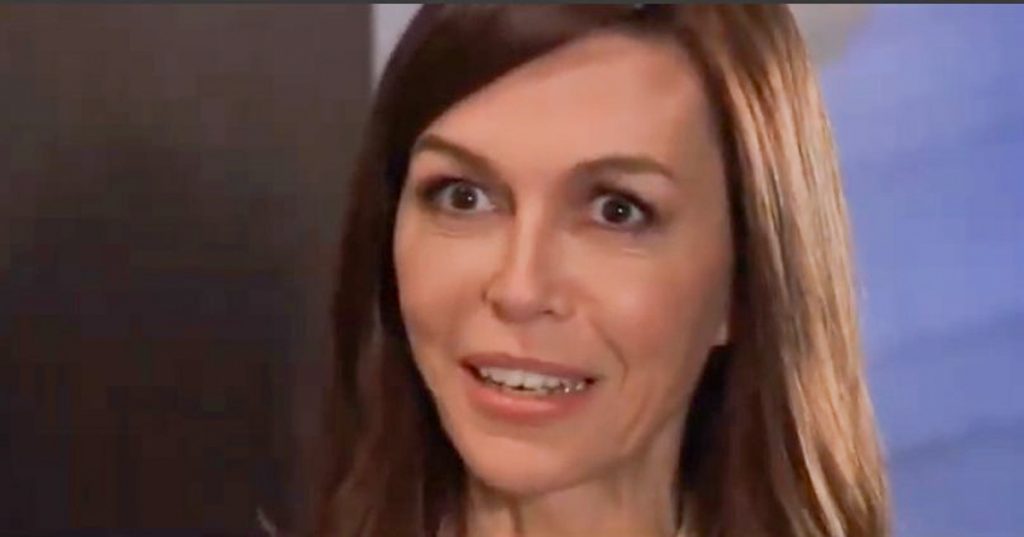 General Hospital spoilers tease that Monday, December 9th’s episode will have more suspense, drama, and confrontations for GH fans, as well as the continued visit of Dr. Griffin Munro, played by Matt Cohen!

At the Metro Court, Peter August (Wes Ramsey) had a close call when he had called someone to put a hit on both Dr. Andre Maddox (Anthony Montgomery) and Franco Baldwin (Roger Howarth) as his mother, Anna Devane (Finola Hughes) walked up to him! Apparently Anna didn’t hear the conversation as she walks up to him with motherly concern, and tells him she thinks that she is beginning to see that he has something on his mind, and will encourage him to tell her his worries!

Meanwhile, at General Hospital, Dr. Griffin Munro visits Dr. Lucas Jones (Ryan Carnes) who is his old friend from medical school. Carly Corinthos (Laura Wright) had called him in to consult on Lucas’ case as well as to let him know his old friend was in a serious car accident and in a coma. Griffin had looked through all his files and tests and examined him and told Carly and Sonny Corinthos (Maurice Benard), who was also at General Hospital with Carly, that Lucas was getting the best possible care.

Elsewhere at General Hospital, Elizabeth Baldwin (Rebecca Herbst) talks to “Frankendrew” as he prepares to have the procedure done that hopefully will restore Franco to himself. This may mean that the rest of Drew Cain (Billy Miller) dies, unless someday he physically shows up alive. But Elizabeth tells him that she wants her Franco back!

Jasper “Jax” Jacks (Ingo Rademacher) has lost patience with his houseguest, Nikolas Cassadine (Marcus Coloma) and evicts him from his house, telling him to go knock on his uncle Valentin Cassadine’s (James Patrick Stuart) door! This is probably after Nikolas tells him he broke into Ava Jerome’s (Maura West) gallery, and encountered Valentin and his attorney, Martin Gray (Michael E. Knight) already there! General Hospital viewers have to wonder if he mentioned he lost his Cassadine crest ring as well!

At the Metro Court, Valentin and Nina Reeves (Cynthia Watros) are having a meal and Valentin asks her for an update on her visit to Ava. He tells her that hopefully she had better luck with Ava than he did, and asks her if she gave her anything that was useful for finding Helena Cassadine’s (Constance Towers) portrait. Nina looks worried, probably thinking about her visit with Ava and how she was treated by Nikolas!

Ava, meanwhile, looks much better than she did in Shadybrook and is all dressed up and made up and perhaps even released! However, she is shocked, and says, “Oh my God”! Chances are, Griffin might be paying her a visit too! It would seem if it was Nikolas that she saw she would tear into him realizing he’d been playing a ghost and telling her Kiki Jerome (Hayley Erin) was in hell with him!