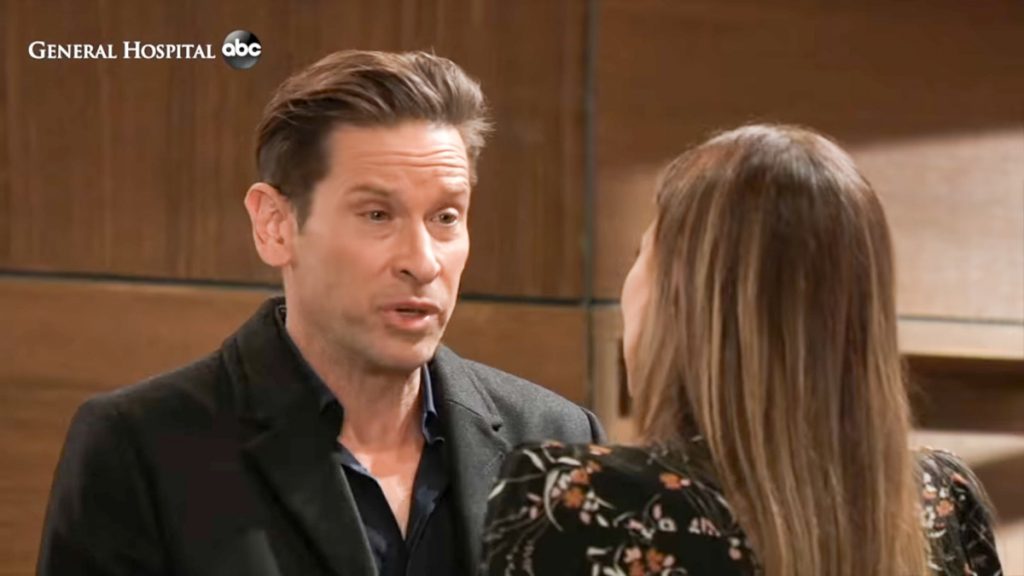 General Hospital spoilers tease that Franco Baldwin (Roger Howarth) could possibly still get his memories back without the reversal procedure now that “Drew Cain” (Billy Miller) has decided to let go and give Franco back his life!

General Hospital viewers will recall that Franco’s original memories were never actually removed, and it’s a good chance that they were only overlaid with Drew’s. Drew’s memories were actually removed to make room for Jason Morgan’s, (Steve Burton) and put on a flash drive. Since Dr. Andre Maddox (Anthony Montgomery) cannot be exactly sure if Franco’s original memories will be there or not, he was very cautious to tell Elizabeth Baldwin (Rebecca Herbst) of all possible outcomes of a reversal procedure.

It’s possible that he may be able to just remove Drew’s memories from Franco and put back on another flash drive, although since Drew is presumed dead it may not make much sense to do so. But, since no body was found, he may make one anyway. Shiloh Archer (Coby Ryan McLaughlin) and Dr. Arthur Cabot (Time Winters) were in such a hurry to get Drew’s memories into Franco, nothing was done to retrieve Franco’s memories to put on a flash drive. Andre doesn’t know if they were merely overlaid with Drew’s or if Drew’s replaced them. If Drew’s completely replaced them then there may be nothing left of Franco!

Several different scenarios are possible, as Andre mentioned; Franco could be in a persistent vegetative state (permanent coma); Franco could have both Drew’s and his own memories; the procedure could not work and Drew’s memories could get stronger; or it would work completely and Franco have only his own memories.

Then, there is another scenario; Franco could regain his own memories thanks to his Drew persona letting go and freeing Franco in his mind! For both Franco and his Drew persona, it could feel a little like having DID (Dissociative Identity Disorder) and having two different people living in one mind, so to speak, but it is possible, and it’s also possible that now that “Drew” has agreed to let go of Franco’s body, he may be able to let go of his mind, so to speak, returning Franco to himself —it’s possible that they may try hypnosis before going for the memory reversal procedure as well.