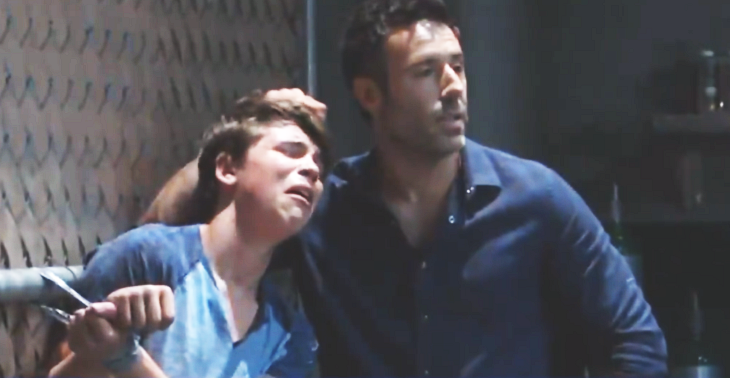 General Hospital spoilers for Friday, August 9th promise another episode full of drama and tense situations for General Hospital fans, as several Port Charles residents race to save one of their own!

Robert Scorpio (Tristan Rogers) doesn’t mince words when he has a warning about someone for Maxie Jones (Kirsten Storms) and Peter August (Wes Ramsey).

He tells them they’re going to be a story that they ever crossed the path of a certain dirtbag! General Hospital viewers know that this could describe a few Port Charles residents. But fans will have to wait and watch to see who exactly Robert is talking about. 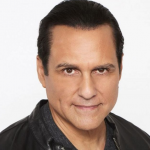 Lulu must think Willow has made up her mind about something because she tells her she thinks that she won’t change her mind, but we’ll see! General Hospital viewers have to wonder what they have been talking about.

Chase and Liz may have been discussing time frames for filing missing person reports. For an adult, it usually has to be forty-eight hours. Or something else is not happening quickly enough for Liz. She is frustrated and she tells Chase that she’s going to look for Cameron. A missing person report should not have those kinds of time restrictions when a missing minor is involved. Liz is frustrated.

Drew Cain (Billy Miller) is at General Hospital trying to reassure someone, saying “I promise he’s going to be fine.” He could be talking to Liz and trying to calm her down about either Cameron or her husband Franco Baldwin (Roger Howarth) who is also taking much too long to return with or without Cameron, and he’s not been calling Liz back either.

Drew would be more concerned about Cameron missing but since Liz may tell him Franco is looking for him he has confidence that Franco will find Cameron and bring him back safely!

At the warehouse at 721 Dewitt in Port Charles, Cameron sobs for Franco. Shiloh Archer (Coby Ryan McLaughlin) appears to be holding him back from breaking loose!

Franco is strapped to a chair after trying to rescue Cameron. He has decided to take Drew’s memories from the flash drive to save Cameron. Shiloh shouts at Dr. Arthur Cabot (Time Warner), and wants to know how long this is going to take. Cabot calmly but firmly answers him that it is in the process now!