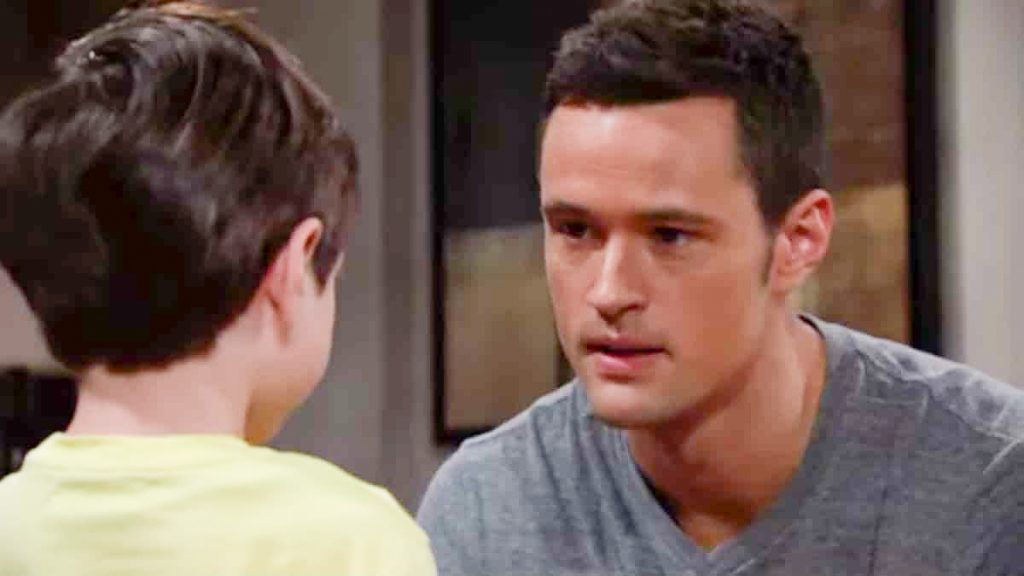 The Bold and the Beautiful spoilers indicate there’s a very good chance that Thomas Forrester (Matthew Atkinson) might end up losing custody of his one and only son Douglas Forrester (Henry Joseph Samiri). And that’s not just because he’s slightly crazy, deranged and dangerous, but also because he’s been manipulating the poor boy and using him to play mind games. Here’s what you need to know.

B&B Spoilers – Douglas Forrester In The Center Of The Action

Little Douglas was the only person who had enough guts to tell Liam Spencer (Scott Clifton) and Hope Logan (Annika Noelle) that their baby was indeed alive and well. Even though his father had threatened plenty of people to keep the secret to themselves, it was Douglas who was the first person to blurt the words “Beth is alive.” This lead to Liam putting the pieces together and figuring out that Baby Phoebe was Baby Beth this entire time.

But before that happened, Thomas had used Douglas to try and win over Hope. He even drew a picture of a happy family together but pretended that it came from Douglas! If that weren’t enough, he’s been coaching the young boy to do and say all of the right things in front of Hope. All he wanted was to make sure that Hope would stay with him by convincing her that she needed to be a parent for the mother-less Douglas.

The Bold and the Beautiful spoilers now tease there’s a possibility that Thomas might lose custody of his little boy. As many fans already know, Douglas would be better off in the care of the Logans and of course, with Hope seeing how the two of them have a special bond.

With that said, there’s no way that Thomas will allow anyone to take Douglas away from him, seeing how the boy is the only thing he has in his life right now. It’s definitely going to be a crazy fight to the finish. Fans will have to tune in for all of the action!