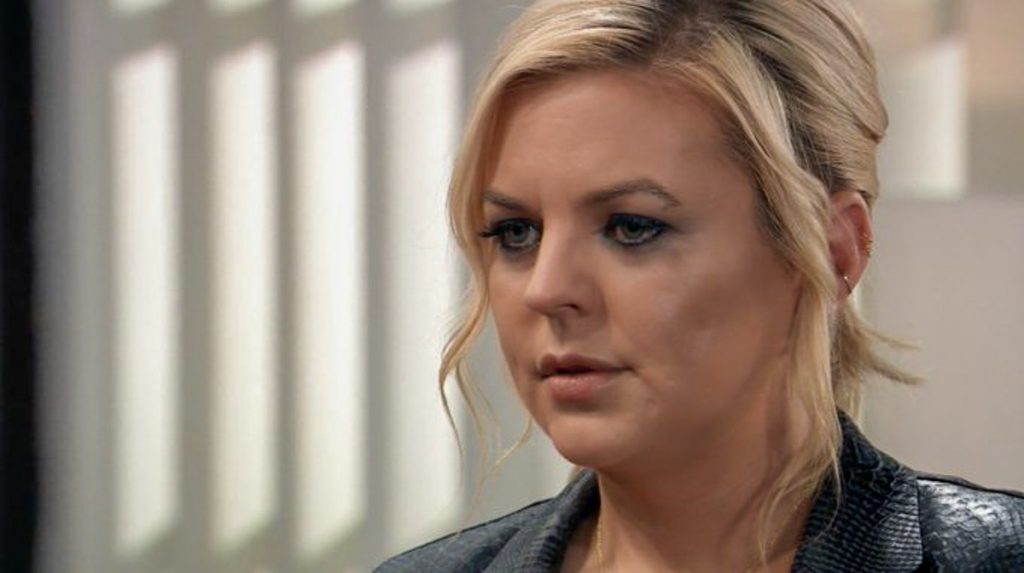 General Hosptial (GH) spoilers tease the Maxie Jones (Kirsten Storms) and Lulu Spencer (Emme Rylan) will always be best friends but they seem to have issues respecting each other’s boundaries. Both have done things in the past in the name of helping their friend that turned out disastrously and almost cost them their friendship. That isn’t likely to change anytime soon and Maxie has soon want to make sure Lulu’s new friend Dustin Phillips (Mark Lawson) is on the up and up.

Lulu is newly single after her husband Dante Falconeri (Dominic Zamprogna) filed for divorce after realizing he was going to have to undergo intensive deprogramming after being brainwashed while undercover. Lulu didn’t want the divorce, but she refused to contest it either. It was around this time that Lulu met Dustin Phillips (Mark Lawson) and the two hit it off. Maxie was all for it at first, since Lulu was moping at home, drinking wine and feeling sorry for herself. Hanging out with Dustin got Lulu out of that funk and back into the world,

GH Spoilers – But Maxie Jones worries this is happening too fast

But Lulu and Dustin have spent a lot of time together and even made love on the Haunted Star. Maxie radar went up and although she was happy her friend is having fun, she worried that Lulu and Dustin are getting too close. Maxie has advised Lulu to look at Dustin as a rebound and nothing more, but that doesn’t seem to be what’s happening. So look for Maxie to ask Lulu what she actually knows about Dustin.

Lulu will have to admit that she knows almost nothing about Dustin’s past. Worried that Dustin is just too good to be true, Maxie will likely set out to find out everything she can about the school teacher. Regardless of what she does or doesn’t find, look for Lulu to be furious at Maxie, at least at first, for once again getting in her business. But the anger won’t last after she realizes Maxie is coming from a protective place.

What do think will happen? Will Maxie look into Dustin’s history without telling Lulu? And what will she find? Do you think there are any skeletons in Dustin’s closet or is he squeaky clean? Time will tell, but look for romance and friendship to also be the foundation of General Hospital, airing weekdays on ABC. And check back here regularly for all your General Hospital news, information and spoilers!