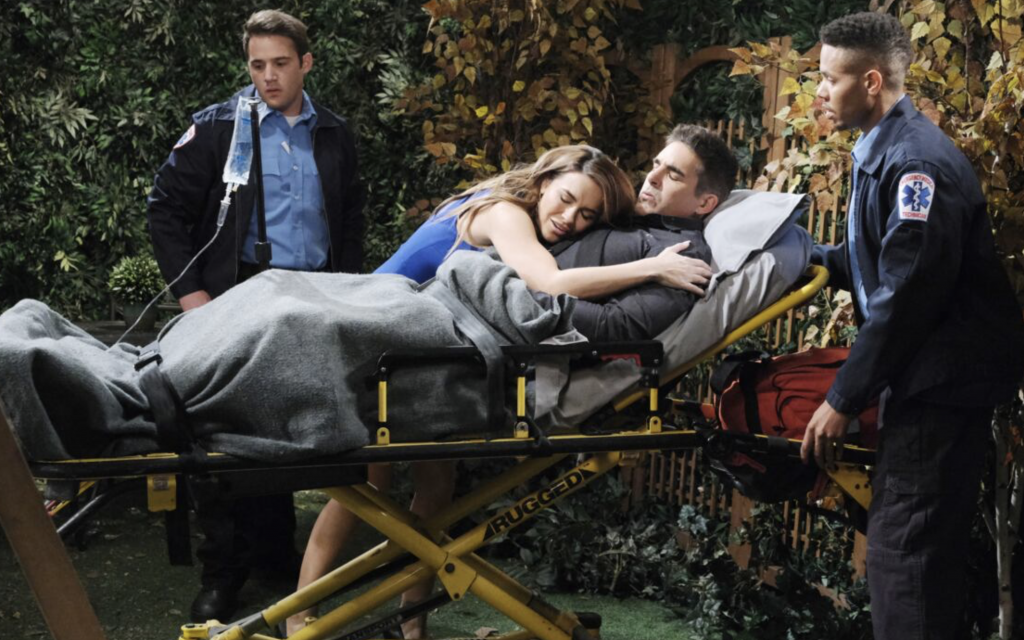 Days of Our Lives (DOOL) spoilers tease that Jordan Ridgeway’s (Chrishell Hartley) plot to poison Ciara Brady (Victoria Konefal) may go seriously wrong. It’s baby David Ridgeway’s (Dexter and Jaxton Ellis) birthday, and Ben Weston (Robert Scott Wilson) and Jordan have seemingly patched up their differences, but viewers know that Jordan is still moving forward with her plan to harm Ciara and make sure Ben is blamed. Jordan just doesn’t believe that Ben has overcome his mental issues that once caused him to become the “necktie killer.” Jordan thinks that been belongs in a mental institution or prison.

Days of Our Lives Spoilers – Jordan Ridgeway made cupcakes – but one is poisoned!

Jordan made cupcakes for the party but she poisoned one of them. The plan was to give Ciara the poisoned treat, and to that end, she put a name on each cupcake. But somehow things might have gotten mixed up and so the poisoned cupcake may actually go to someone else. Days of Our Lives spoilers indicate that soon Rafe will collapse. Could he have eaten the wrong cupcake? Ciara will also find herself not feeling well for a time, so Jordan might think her plan succeeded. But when Ciara starts feeling better, Jordan may realize that Rafe was poisoned!

Days of Our Lives Spoilers: What to Expect During the Halloween Episode – Is It All a Dream?

Hopefully, Rafe can be treated in time. Rafe agreed to look after Jordan when she was released from the hospital, so Jordan may worry what will become of her and David if something happens to Rafe. Jordan and Rafe also dated for a while, so she might have some lingering feelings for the man. And of course, Ben will suspect Jordan immediately, so Jordan will feel the pressure coming at her from all sides. Spoilers indicate that Jordan will also attack JJ Devereaux (Casey Mosey).

It’s possible that JJ will find see something that will incriminate Jordan. JJ is an EMT, so when the ambulance arrives, JJ will be one of the first responders. He may return later to see if his suspicions are correct and this might be when Jordan sees no other option but to harm him. The entire situation is a mess, and poor JJ may find himself an innocent victim in all the madness. Rafe should eventually recover, so Jordan will be happy about that.

Will Rafe take the poisoned cupcake? Will JJ see something that might cost him his life? And is Ciara really ok? It’s going to be an exciting time to be a fan of Days of Our Lives, so stay tuned weekdays on NBC! And don’t forget to check back here daily for all your Days of Our Lives news, information and spoilers!