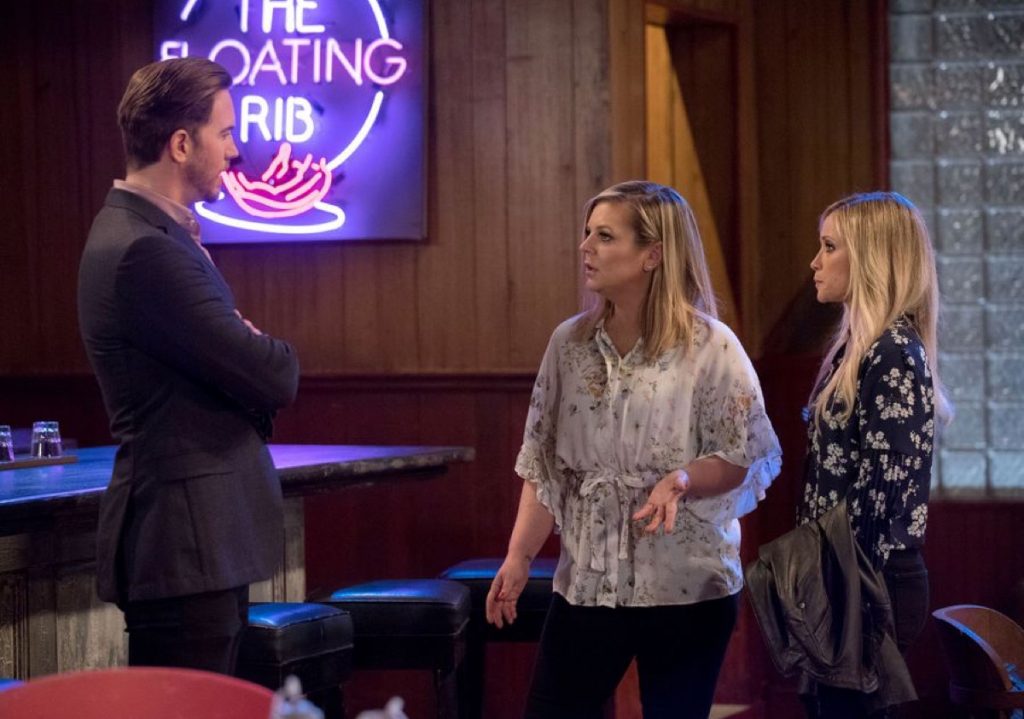 GH Spoilers – Dante Has Been Gone For So Long……

As General Hospital viewers know, Dante Falconeri (Dominic Zamprogna) went on a WSB mission in June 2018, over a year ago, and he took the “drafting” by the WSB so he could bring Raj Patel (Noshir Dalal) to justice for attempting to kill Lulu, among other things. In February 2019 his father, Sonny Corinthos (Maurice Benard) and Robert Scorpio (Tristan Rogers), at that time still a WSB agent found out that Dante had gone rogue and the WSB had lost track of him.

They knew he was in the area of Ankara, Turkey, but that was about it. Sonny and Robert went on a search and found him in March 2019, and he had infiltrated Raj’s organization. A young pickpocket, Dev Cerci (Ashton Arbab) led Sonny to Raj’s hideout where Sonny was captured and put in a cell. Dante went to visit him and there Sonny updated him about Lulu’s surviving a stabbing by Ryan Chamberlain (Jon Lindstrom) and that he and Carly Corinthos (Laura Wright) were pregnant again. This led to a plan of Sonny pretending to be dead and Dante and he escaped, after killing Raj.

But Things Didn’t Go Like Planned When Dante Returned Home….

Dante had returned home on March 22, 2019, and apologized for not being there for Lulu when she needed him to be; however, she said she understood he needed to do what he needed to do to take down Raj and that it had been personal for him. However, Dante started having flashbacks, possibly of brainwashing, and being told to “complete the mission” and killing Lulu was the mission he kept hearing himself being told to complete!

He had a nightmare of killing Lulu on March 25th, and by March 29th he was so afraid of hurting Lulu and his family that he sought help from Anna Devane (Finola Hughes), who had shared with him a story of having been brainwashed and cured in a facility in Wales (this could have actually been her sister Alex Marick’s, also played by Finola Hughes memory) and said she knew where he could get help for his PTSD and brainwashing. So Dante left again.

Maxie And Peter Track Dante Down In A WSB Facility In Ithaca, New York And Make A Big Mess!

General Hospital viewers will recall a few weeks ago Maxie Jones (Kirsten Storms) being determined to get Dante and Lulu back together and enlisted the help of her father, Frisco Jones (Jack Wagner) who is now the head of the WSB. That didn’t go so well, as Dante didn’t want to see her or her boyfriend Peter August (Wes Ramsey) who he shot in the arm as he tried to pull a bullheaded Maxie out of the visitation room where she was not supposed to be! Shortly after they arrived back in Port Charles and Peter got out of the hospital from surgery for his bullet wound, Lulu received divorce papers from Dante!

Lulu’s mother, Laura Collins (Genie Francis) fortunately was there when the divorce papers were served on Lulu, and told her she could fight Dante on this, or she could give him what he wants. In another recent General Hospital episode, GH viewers will recall that Laura dropped in to check on Lulu, and found her drunk on wine and not in any mood to stop!

She got her some black coffee and tried to get her in a better frame of mind, but Lulu is not handling this whole situation well at all. Lulu just wants things, meaning her marriage and family life to return to normal, and for Dante to return to normal and return home! Unfortunately, as General Hospital viewers know, that is not likely to happen anytime soon, and Lulu will have to decide to move on or wait indefinitely!