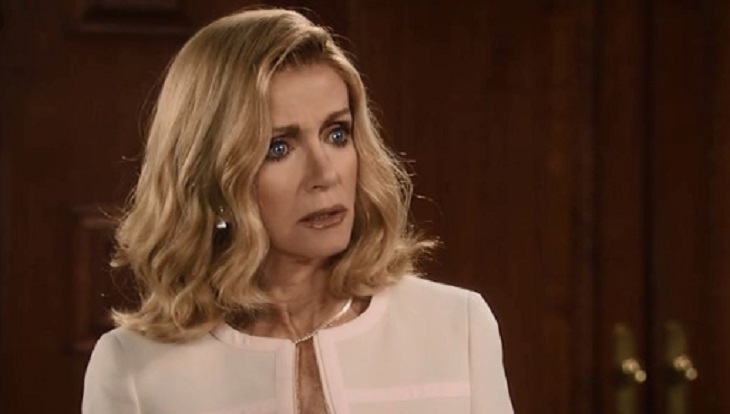 It looks like we’ve got another daytime television alum making the transition to the Hallmark network, which happens to be a very popular home for a lot of our soap favorites. This time around it’s General Hospital alum Donna Mills. The blonde beauty has just joined a new Hallmark Christmas movie and we’ve got all of the details that you need to know right here!

Donna, who is best known for her role as Madeline Reeves on General Hospital, has joined the cast of an upcoming Christmas movie. Yes, it might be the middle of the summer but a lot of fans are already looking forward to the Christmas movie season!

Donna will be starring in a film called Christmas Wishes and Mistletoe Kisses. It’s written by Jenny Hale and directed by DJ Viola. And from what we can tell already, Donna will be in good company. The film also stars Jill Wagner, Matthew Davis, Emily Conley, Denise Neil. Donna will be playing a character by the name of Caroline Sinclair.

According to the plotline, here’s what fans can expect from the film: the movie follows the story of the novel of the same name written by Hale. Single mother Abbey Fuller loves her family more than anything and doesn’t regret for a moment having had to put her dreams of being an interior designer on hold. But with her son, Max, growing up, when a friend recommends her for a small design job she jumps at the chance.

Hallmark Channel News – Will Nick Make It In Time?

It continues, “Nick Sinclair needs his house decorated in time for his family’s festive visit – and money is no object. What he doesn’t need is to be distracted from his multi-million dollar business – even if it is Christmas.When Abbey pulls up to the huge Sinclair mansion, she has a feeling she might be out of her depth. And when she meets the gorgeous, brooding Nicholas Sinclair, she knows that she’s in real trouble.”

We can’t wait to see this movie and of course, see Donna Mills in action. How exciting!