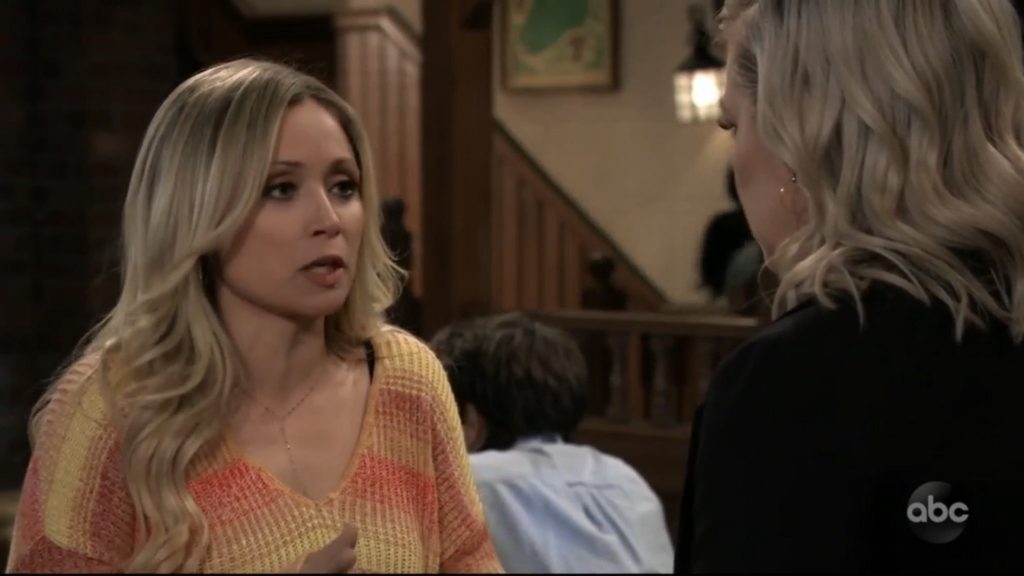 General Hospital (GH) spoilers tease that although there is a lot of drama and intrigue happening right now in Port Charles, that one couple may be getting ready to go on an official date! Lulu Spencer (Emme Rylan) and Dustin Phillips (Mark Lawson) have been growing closer and closer over the past few months, and it may be time for an official date.

It’s not the first time the two have gone out on a date. In fact, the first time they met was through an online dating service. But Lulu was working undercover trying to find a criminal who was using the dating service and robbed the victim while they were on their first date. Dustin was innocent of course, and the two of them hit it off from the start. With Maxie Jones (Kirsten Storms) “gentle” nudging, the two have often found themselves alone together.

Lulu once took Dustin on a tour of the Haunted Star, but the two of them ended up hooking up in the state room of the vessel. And Dustin accompanied Lulu to Nina Reeves (Cynthia Watros) aborted wedding to Valentin Cassadine (James Patrick Stuart), where he provided her support when she stopped the wedding. Most recently, the two of them acted as chaperones at the Port Charles High School Halloween dance, where they made out quite a bit. The physical attraction between them is obviously not an issue, but do they click in other ways?

The two of them haven’t actually had an official dinner date yet. And perhaps it’s time that changed. A nice dinner with actual conversation about their lives could steer this romance to even greater heights. And although they have done things kind of out of order, perhaps it’s time for the two of them to get to know each other and decide if this romance is what they both want. No soap opera romance is happy for very long, so these two should enjoy this phase while it lasts!

Is it time for Dustin and Lulu to have actual date? Will their romance grow stronger or will it fizzle out? Are there more obstacles coming up in their future? Only time will tell, but be sure to watch General Hospital weekdays on ABC! And don’t forget to check back right here for all your General Hospital news, information and spoilers!