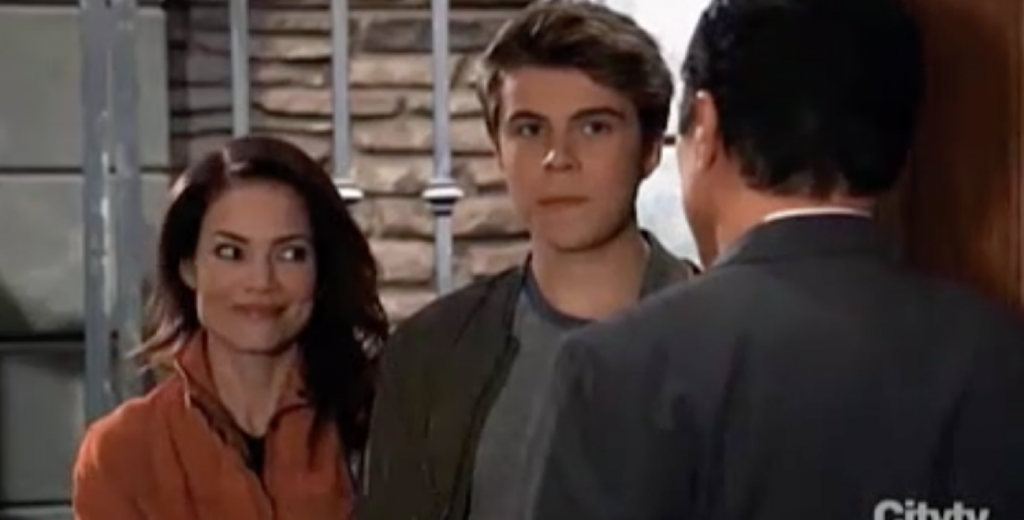 At Sonny Corinthos (Maurice Bernard) house, he answers the door and its Elizabeth Webber (Rebecca Herbst) and her son Cameron Webber (William Lipton). Sonny thanks them for coming as she leaves Cameron with Sonny to chat.

At General Hospital (GH), Kim Nero (Tamara Braun) spots Monica Quartermain (Leslie Charleson). Kim says she has come to say goodbye and the nurses are refusing to do so because of their loyalty to Elizabeth. Monica asks her to plese stay and Kim says its just not possible. Kim thanks Monica for all that she did during Oscar’s illness and death.

At the Port Charles pier, Franco Baldwin (Roger Howarth) is looking at the water when Jason Morgan (Steve Burton) approaches him. Jason asks what he is doing and Franco starts randomly talking about his childhood with Drew. He reminisces with Jason about the friendship between Drew and Franco as children.

At General hospital (GH) , Scott Baldwin (Kin Shriner) asks Elizabeth Webber about Franco. She says she has not seen or heard from him since he decided to leave town. Scott tells Liz that he told Franco about his awful childhood and what happened to him.

Julian Jerome (William DeVry) tells Alexis about the rat problem by Charlie’s Pub. She’s not sure she can do anything about it and he frets about Olivia trying to destroy his business. He says hes confused by all the dead rats that are popping up behind the bar.

TJ and Dr Byrne take as much chemicals and supplies as they can to get analyzed. TJ tells Dr Byrne that he is going to ask Molly to marry him.

Finn asks Anna what happened to her face and she says its a long story. Suddenly Violet comes running into the room and asks a shocked Anna if shes friends with her daddy. Hayden says they need to leave for a doctors appmt, Finn stays behind to talk to Anna.

At the Corinthos mansion, Sonny sits Cam down and they begin chatting about the “incident.” Sonny says punching a bag is a good thing and he has every right to be angry.

Sonny lays into Cameron about getting drunk and getting Josslyn drunk. Cam swears he will never do it again or ever drive drunk.

Kim runs into Julian and she lays into him about his betrayal at the hearing, she sternly says goodbye. Elizabeth tells Hayden that she just wants her and Violet to be happy, but she needs to be careful. Anna tells Finn that he is going to be a wonderful father and his feelings may change about Hayden. Kim has packed her bags to leave when ‘Drew” shows up at the door – he stares at her without saying a word……flash to preview

And don’t forget to check back right here for all your General Hospital news, information and spoilers!