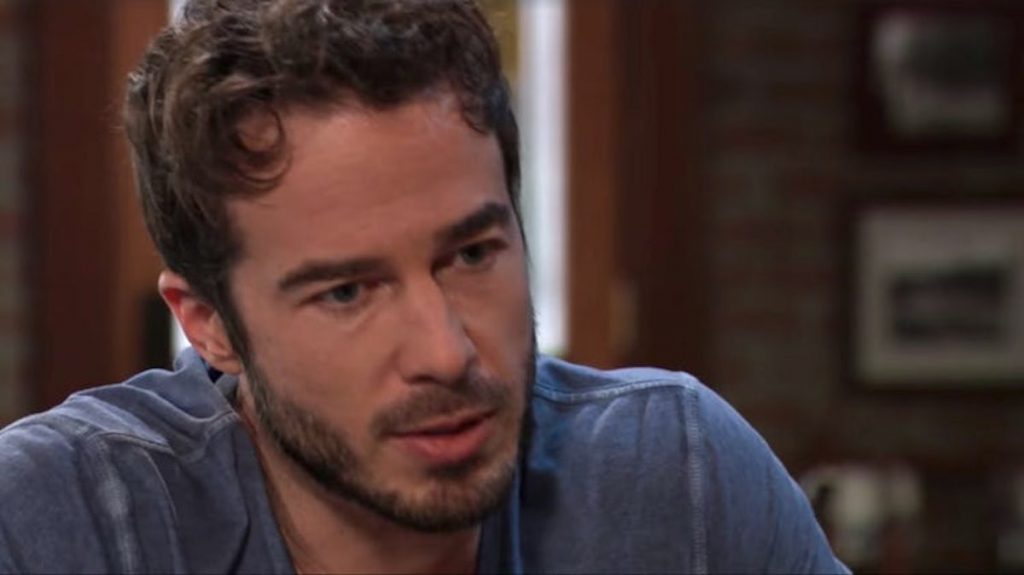 General Hospital spoilers tease that while we might have been down this road before, this time it might be a little different. It appears as though Lucas Jones (Ryan Carnes) has had enough of Julian Jerome (William DeVry) and his mobster ways as he is cutting ties with him once and for all after he found out that his father blackmailed Brad Cooper (Parry Shen). Here’s what you need to know.

For many months now Brad Cooper has been hiding a very big secret and has been on pins and needles with the hope that Lucas doesn’t find out about it. The only person in on the secret, other than Nelle Benson (Chloe Lanier), is Julian. As a result, he has been blackmailing Brad by making it look like he has been cheating on Lucas.

Actor Ryan Carnes, who plays Lucas on the hit ABC soap, recently told Soaps in Depth in an interview, “Lucas is beside himself. He’s given Julian multiple chances, only to seemingly be let down and betrayed. His sense of trust is destroyed. Lucas feels like, ‘This can’t possibly get worse.’ He feels lost. He’s desperate.”

General Hospital also teases that there is going to be a tense scene between the father and son duo at the cemetery. Ryan further explains, “When Julian shows up, Lucas confronts him about blackmailing Brad and he admits to it. Lucas is like, ‘You’ve jumped the shark. This is too much. I’ve given you chance after chance after chance. I’m done. Bye, get out of my life.”

And while Julian definitely tries to explain his side of the story, it might be too little too late. That’s because Brad interrupts with a crisis call that forces Lucas to rush to the hospital. And while the tension between Brad and Lucas might have been momentarily interrupted, there is going to be another potential disaster that they will have to face. Could this be the last time that Ryan ever speaks to Julian? Perhaps. Needless to say, fans will have to tune in to General Hospital to find out what will happen next!