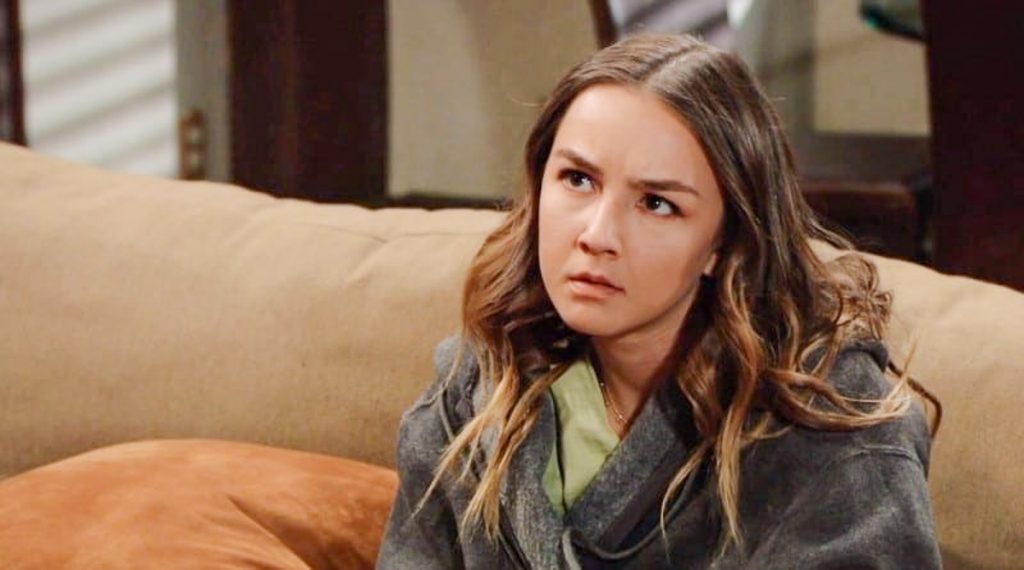 General Hospital spoilers reveal Kristina Corinthos-Davis (Lexi Ainsworth) has a lot of guilt over the near-death of Alexis Davis (Nancy Lee Grahn). Recently, Ainsworth explained that despite Sonny Corinthos (Maurice Benard) assuring Kristina it’s not her fault, the young woman has two-sided guilt. Find out what she had to say about her character and the storyline.

GH spoilers confirm that Alexis finally discovered the truth about Kendra Lennon, formerly known as Kendra Bauer (Michelle Argyris). Kendra was poisoning Alexis, but Alexis (and everyone else) didn’t realize it until recently. However, Kendra wasn’t going to stop there. She tried to finish the job and permanently end Alexis’ life due to what happened with her brother nine years ago.

Even though Alexis survived the vicious attack and Kendra is dead, Kristina has a lot of guilt. She feels like it is all her fault and she put her mother’s life at risk. However, she can’t be blamed for Kendra’s actions. All she did was date her brother, Kiefer Bauer (Christian Alexander). She can’t be held responsible for the choices he made — as well as Kendra’s vengeance. She had nothing to do with it and she certainly can’t control other people’s actions.

General Hospital spoilers tease that Kristina’s guilt doesn’t end with Kendra. She has what the actress calls “two-sided guilt.” She also feels responsible due to her involvement with Shiloh (Coby Ryan McLaughlin). Speaking to Soap Opera Digest, Ainsworth explained what is going through Kristina’s mind,

“Kristina is obviously feeling guilty because of her past with Kiefer, and recently with Shiloh, so I think her guilt is two-sided and therefore it’s hard for her to reconcile.”

As fans saw last week, Sonny tried to reassure Kristina that none of this is her fault. However, will she listen to him? Or could her guilt have far-reaching effects?

What do you think is going to happen in the future? Does Kristina have any reason to feel guilty? Fans will have to keep watching the ABC soap opera to see how this storyline ends.