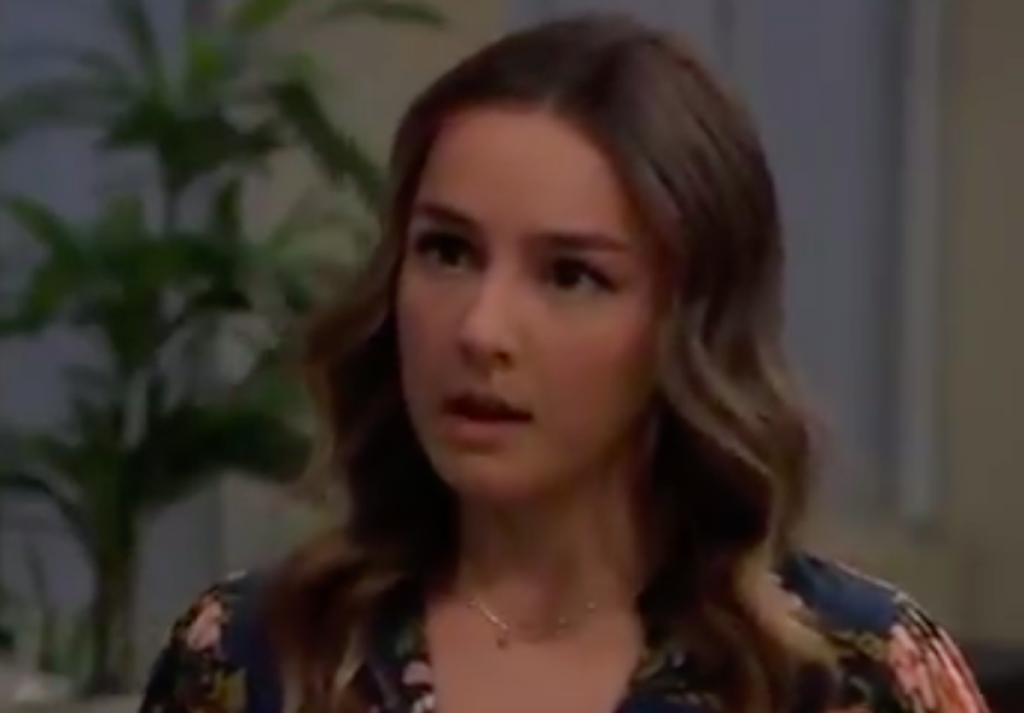 General Hospital (GH) spoilers tease that the harder Kristina Davis-Corinthos (Lexi Ainsworth) tries to put her life together, the more her past choices come back to haunt her. Kristina hasn’t always made the best choices and her most recent trouble happened when she joined the Dawn of Day cult and fell under the spell of it leader, Shiloh Archer (Coby Ryan McLaughlin).

Kristina found the strength, with the help of her family, to break away from the cult before Shiloh could force himself on her. But she also had already supplies her pledge to him. In the pledge, Kristina lied and said that her mother, Alexis Davis (Nancy Lee Grahn), purposely ran down Kristina’s ex-boyfriend, Kiefer Bauer (Christian Alexander) on purpose, killing him intentionally. The truth is that it was an accident but when Shiloh wanted to get back at Kristina for leaving DOD, he contacted Kiefer’s family and told them that Alexis murdered Kiefer,

So Kendra Lennon (Michelle Argyris), who was secretly Kiefer’s sister, decided to take revenge on Alexis. She insinuated herself into Alexis’ life as her life coach, and began poisoning her with rat poison. Eventually the doctors were able to treat her. Kendra decided to try again, this time by running her over.

She will most likely fail again but when Kristina finds out that Kendra’s revenge plot was due to her lies, she will be beside herself with guilt.

Blaming herself, Kristina may decide to leave Port Charles so she can’t hurt anyone else. And while it is true that Shiloh had bad information due to Kristina’s lies, it was Shiloh who called Kiefer’s family which ended up being the reason Kendra almost murdered Alexis twice.

And it was Kendra’s decision to commit murder. All of this may lead Kristina to leaving town. Alexis knows how much Kristina has done improve herself and although Kristina should never have given Shiloh that pledge, Alexis will make sure to let Kristina know that she doesn’t blame her for Kendra’s action

Will Alexis convince Kristina to stay? Or will she pack up and leave again? Will Kristina truly forgive herself? Some emotional scenes are coming up, so stay tuned to General Hospital airing weekdays on ABC. And don’t forget to check back here regularly for all your General Hospital news, information and spoilers!

The Bold And The Beautiful Spoilers: Fashion Competition Gets Intense As Steffy And Hope’s History Fuels The Fire