General Hospital Spoilers: Kendra Tries To Drive A Wedge Between Alexis And Kristina! 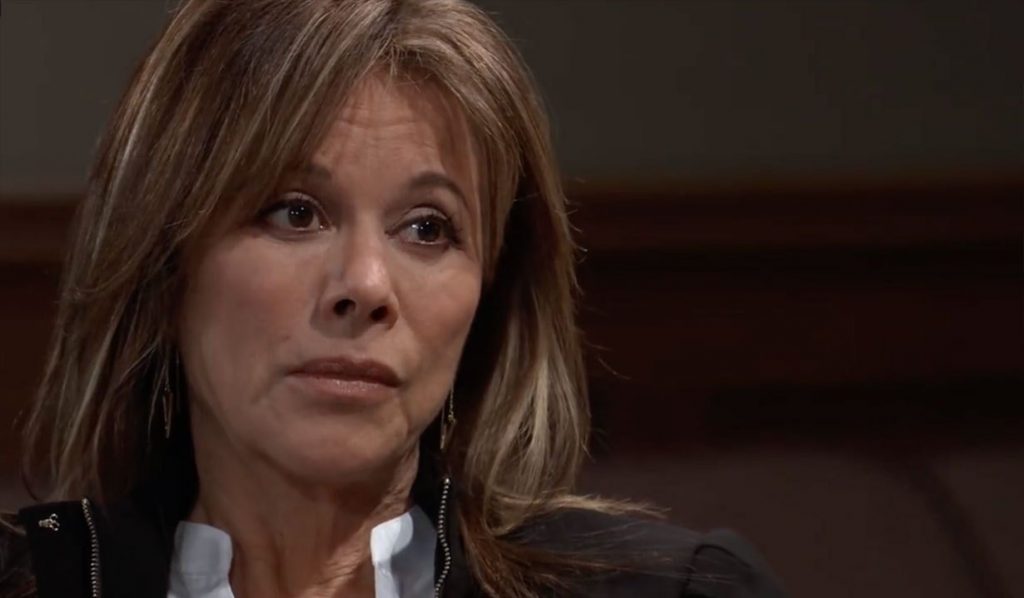 General Hospital (GH) spoilers tease that the relationship between Alexis (Nancy Lee Grahn) and Kristina (Lexi Ainsworth) is currently better than its been in a very long time. Kristina has made some real growth since being extracted from Dawn of Day. And Alexis has been way less overbearing where Kristina is concerned. Kristina even seems to be ok with Alexis dating Kristina’s therapist, Neil (Joe Flanigan) even though she was taken aback initially!

But all these good feelings may take a turn for the worse soon enough. Kendra (Michelle Argyris) has recently inserted herself into Alexis’ life as a sort of life coach / fitness trainer. But her intentions are likely not to be as positive as they appear.

She apparently has some connection to Kiefer Bauer, Kristina’s boyfriend who Alexis accidently ran over and killed. Kendra was looking at articles about the incident on her tablet and a picture of herself and a young man. Spoilers indicate that Kendra is likely Kiefer’s sister.

GH Spoilers – Out for Revenge!

One of the many things cult leader Shiloh (Coby Ryan McLaughlin) did before his death was call someone on the other end about Alexis. Kristina’s pledge to Dawn of Day was a lie that Alexis ran down Kiefer on purpose and got away with it. Shiloh more than likely contacted Kiefer’s family to let them know and that’s probably why Kendra is in Port Charles now.

Recently she gave Alexis a dietary supplement to start using. It’s not known at this time if Kendra has tampered with it or what she may have added to the concoction but chances are it’s nothing good. But her plan won’t work if Kristina realizes why Kendra looks so familiar.

Kendra won’t want to be recognized before she destroys Alexis’ life so look for find ways to undermine the mother – daughter relationship. An easy way to do this would be to play up Kristina’s insecurities about her mom dating her therapist. Kendra might let “slip” to Kristina that Alexis and Neil were discussing her. Or she might find another way, but it’s a sure bet that Kendra won’t take any chances about her true identity coming to light!

GH Spoilers – Alexis is in trouble!

No matter what, Alexis is in for some really bad times! Whoever Kendra is, it’s certain that her intentions aren’t good so stay tuned to General Hospital, weekdays on ABC to find out just how Kendra plans to take her revenge!

The Bold and the Beautiful Spoilers: Ridge Fed Up, ‘Demonization of Thomas’, Leaves Brooke