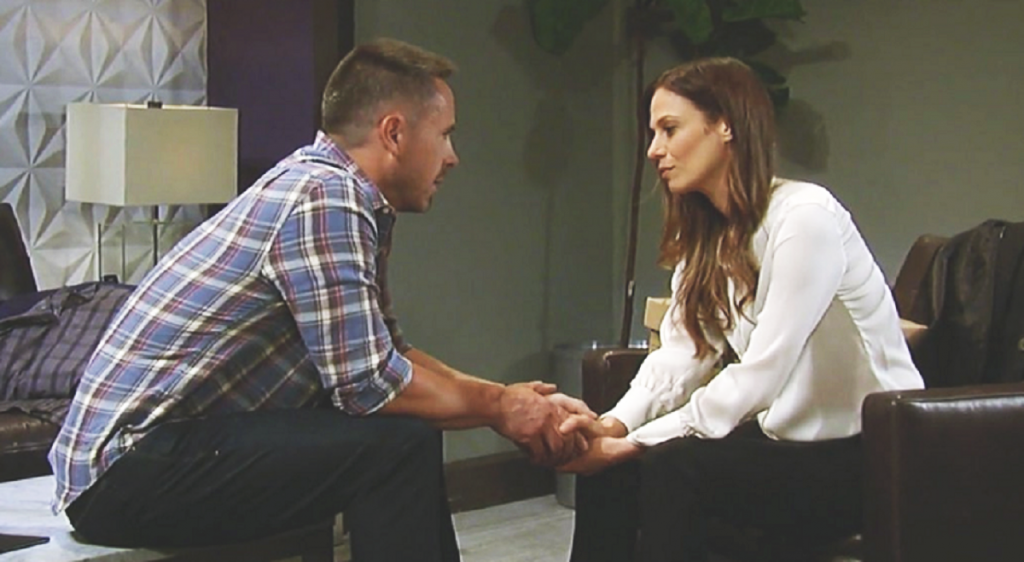 General Hospital spoilers tease that Julian Jerome (William DeVry) will be broken by his serious girlfriend Kim Nero’s (Tamara Braun) infidelity; when he finds out, he will break up with her for good!

General Hospital viewers will recall that Kim had sex with and was ready to run away with Franco Baldwin (Roger Howarth) as “Frankendrew” when he was picked up for a 48-hour hold in a mental health facility on the September 19 episode. She had written a note to Julian, explaining what happened and where she was, since they two were set to move to Manhattan together until she gave in to Franco.

Elizabeth Baldwin (Rebecca Herbst) had arrived at Kim’s apartment as Franco was leaving. Elizabeth noticed the blankets and pillows on the floor. She also overheard him ask Kim to meet him at the docks at a certain time that night.

After Kim and Liz’s tense confrontation, Liz had called Franco’s father and attorney, Scott Baldwin (Kin Shriner). She asked him to put a rush on the guardianship Liz needed to apply for and the judicial commitment to the psychiatric facility. She wants Franco there until Andre Maddox (Anthony Montgomery) could try to reverse the memory transfer that had put pre-2012 Drew Cain’s (Steve Burton) memories and personalities in Franco’s brain. 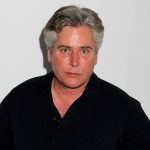 The emotional confrontation between Julian and Kim happens when he goes to her apartment and finds her packing up, but it’s not the packing that gives him a clue, it’s her demeanor. Both have been packing for the move to Manhattan up to this time, and he asks her what’s wrong. Kim, full of guilt, tells him that she and Franco slept together, and he is devastated!

Julian understands her pull to Drew’s memories and personality that has been living inside Franco. Considering that as far as anyone knows, the real Drew Cain (Billy Miller) is now dead. His plane went down in the Gulf of Aden in the Middle East. The search and rescue mission had now become a search and recovery mission, and it was Franco who had broken the news to her.

This is doubly devastating for Kim. Drew was her only son Oscar Nero Quartermaine’s (Garren Lake Stitt) birth father. And Oscar died only a few months ago at the beginning of May. Julian understands that, but at the same time, he is broken over it emotionally. It  drives the point home to him that Kim’s Drew baggage will always be between them and that just won’t work.

So Julian walks out on her and breaks up with her for good. He knows he’ll never be first in her heart. Julian has already sold his business. Although Olivia Quartermaine (Lisa LoCicero), who bought Charlie’s Pub, will probably be happy to be business partners with him. After all, they do have a child together, Leo Falconeri (Aaron Bradshaw). But for now, he’s out of Kim’s life for good!