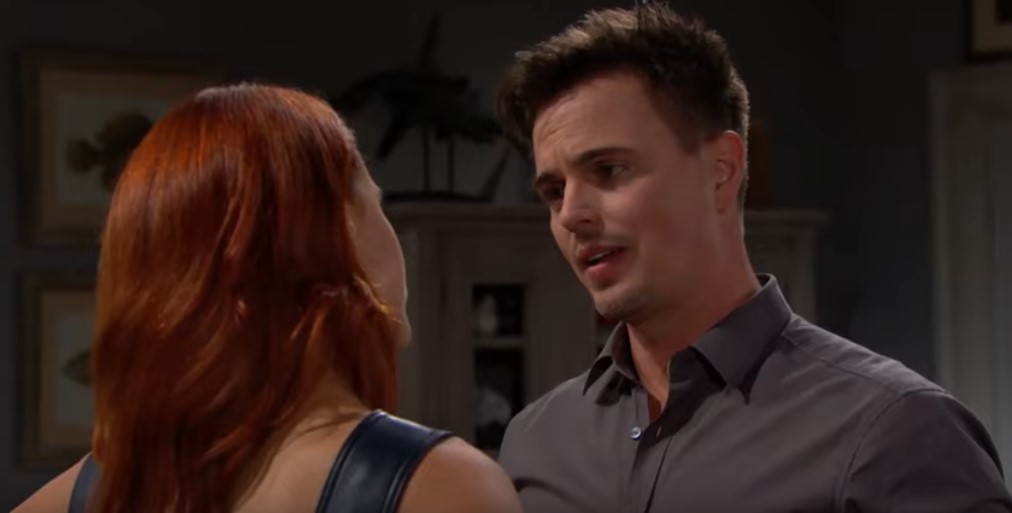 The Bold and the Beautiful spoilers reveal Wyatt Spencer (Darin Brooks) ends up making a bold move. Making a rash decision, he proposes to Sally Spectra (Courtney Hope) shortly after they rekindled their romance. However, it is suggested that Flo Fulton (Katrina Bowden) might not be ready to let Wyatt go.

Wyatt and Sally were an item previously. However, Flo came back to town and he got back together with the “love of his life.” Once he found out about her lies regarding Hope Logan’s (Annika Noelle) baby, things were over between them.

The Bold and the Beautiful spoilers tease that things just aren’t that simple for Wyatt, though. In the latest issue of Soap Opera Digest, Darin Brooks hinted that Wyatt is conflicted.

“Obviously, he still has feelings for her [Flo], so Wyatt is feeling a little torn, in spite of everything that’s gone down. Flo was the love of his life. They found their way back to one another, but he was already in love with Sally when Flo came on the scene.” 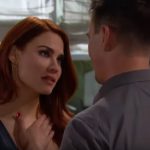 Following Flo’s plea for forgiveness, Wyatt makes a big decision. He suddenly decides to propose to Sally. Even though the two were together before, they just recently rekindled their love affair. He lost her once and doesn’t want to mess things up again. However, is this a little rushed considering everything that has happened?

Brooks explained that while he truly loves Sally, his decision is based on fear, too. He worries about messing things up with her again. He is also concerned about making the wrong choice, which makes the Flo/Sally decision even more of a struggle for him.

In a previous issue of Soap Opera Digest, Katrina Bowden hinted that Flo is still in love with Wyatt. She knows that forgiveness is a long shot, but still pleaded her case with him. Even though she knows Wyatt and Sally are back together, that doesn’t mean she is just going to let him ride off in the sunset.

She might not go as far as her mother, Shauna Fulton (Denise Richards). However, she will fight for Wyatt in subtle and passive, yet just as powerful ways.