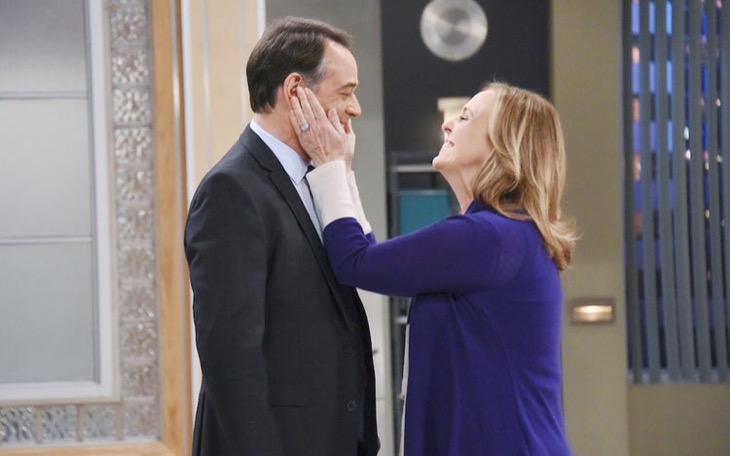 Ryan has been wreaking havoc in Port Charles, and one of the things he destroyed was Laura Webber’s  (Genie Francis) marriage to Kevin Collins. (Jon Lindstrom) Actor Jon Lindstrom talked about Kevin and Laura’s reunion once General Hospital’s serial killer storyline is over.

Ryan Chamberlain managed to end Kevin and Laura’s marriage, but Kevin does not know that. In an interview with TV Insider, Lindstrom said that once Ryan is caught, there’s got to be rebuilding process for his twin brother, and of course, Laura is part of that. Unfortunately, he said that it would not be a happy reunion at first.

Laura will feel betrayed because Kevin kept the truth from her. Everyone believed Ryan is dead but he’s not, and Kevin was the one responsible for that.

“He should have shared that with his wife and he didn’t,” Lindstrom said. “I think she’d see that Kevin’s a victim, which he is, but he might not have been if he’d been more open. There will be payback for them.”

Genie Francis, who portrays Laura, also predicted the same thing. Spoilers tease that Laura is now suspecting Ryan, that there’s something wrong with him because she has strong instincts and it would be hard for her to notice he is not being Kevin. So when the truth comes out, Laura will be relieved and understanding will dawn to her as to what has been going wrong.

“And a shock, obviously. And then ultimately, a little later on, I think she’ll be hurt that [Kevin] was capable of keeping something from her. Maybe angry, I don’t know. Trust is hard for her. She wants to know you are who you are,” Francis added, per Soaps In Depth.

Meanwhile, the serial killer storyline is speculated to come to an end soon, but Lindstrom teases of more things to come. For one, General Hospital has not explained yet how Ryan has survived in the first place.

So stay tuned for more updates!

Young And The Restless Spoilers: Will Ashley Return To Genoa City – Eileen Davidson Weighs In