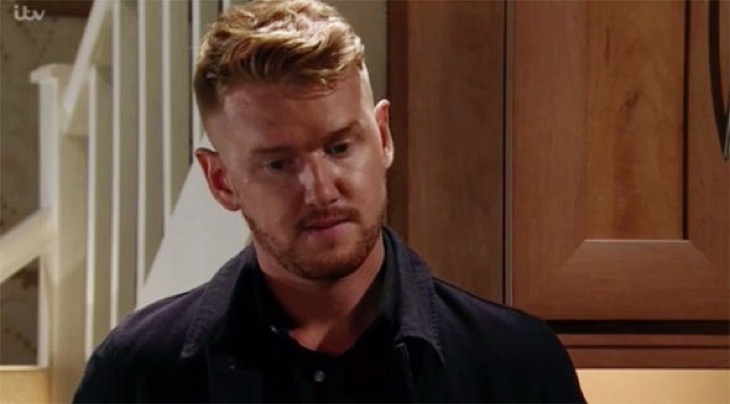 Coronation Street spoilers indicate that Gary Windass (Mikey North) might turn out to be Weatherfield’s newest villain. That’s because he will soon be behind the collapse of the Underworld factory, which will lead to the death of a beloved character. Here’s what you need to know.

Just recently actor Mikey North was spotted filming new scenes for Coronation Street as his character Gary Windass. There’s speculation that Gary will start a new job as a loan shark. His relationship with Sarah Platt (Tina O’Brien) has been plagued by problems because of their current financial situation. To make matters worse, his boss Rick Neelan is also giving him trouble. The last time we saw Rick, he was giving Joe McIntyre a hard time over his debts and now it looks like Gary might be taking a page out of his book in order to clear his own name.

As a matter of fact, Gary has already been drawn to him and his web of lies as he tries to come up with a plan to get out of his debt. Gary, who has been featured on Coronation Street since 2008, has had many roles in the past, including a soldier, a gym instructor, a builder, and a security guard. But it seems as his latest role as a loan shark will land a lot of people in deep trouble.

How far will Gary go to sort out their financial troubles? #Gary #Sarah #Corrie pic.twitter.com/bgl09d89Lt

Coronation Street spoilers tease that many Weatherfield residents will be worried for their lives when a factory collapses. Little do they know though that Gary will be behind the bloodshed, which is scheduled to air sometime in March. Of course, fans will have to tune in to see what will happen next! Coronation Street airs weeknights on the ITV network and is available on Britbox in the U.S. and Canada. Check your local listings for times.

In the meantime, let us know your thoughts in our comments section below. And as always, come back to Soap Opera Spy for all the latest news, updates and spoilers on Coronation Street and all of your favorite British soaps right here.