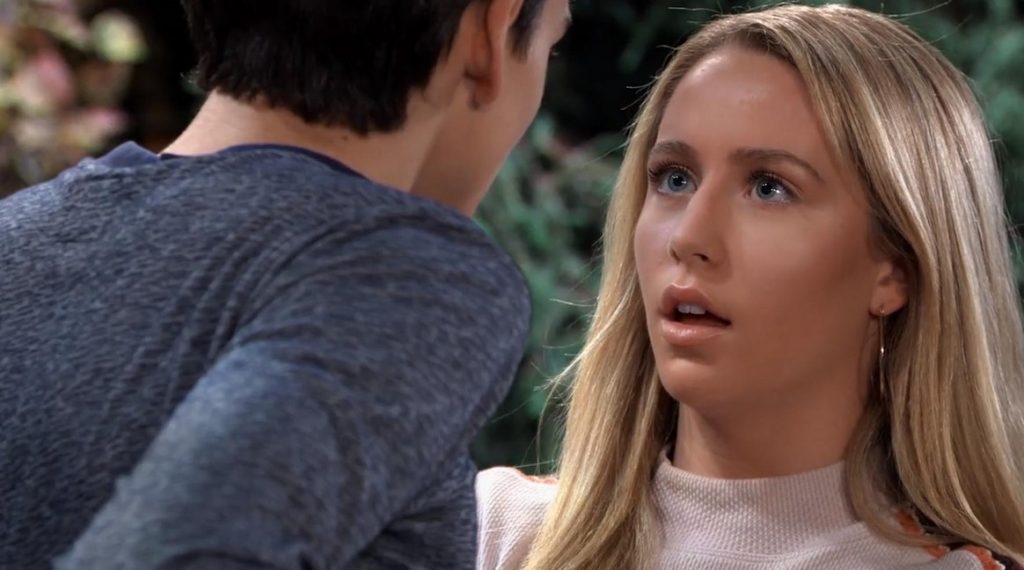 General Hospital (GH) spoilers tease that now that Jasper Jacks (ingo Rademacher) knows the truth about Dev Cerci (Ashton Arbab), it won’t be long until he decides how to handle the situation. Dev is living in Port Charles, in Sonny Corinthos’ (Maurice Bernard) house, but his documentation is all fake. Dev isn’t Sonny’s cousin at all, but a young man that helped Sonny rescue Dante Falconeri (Dominic Zomprogna) in Turkey. Dev saved Sonny’s life so he wants to help the young man, but now that Jax knows the truth, Sonny may end up watching Dev be deported.

The reason Jax is so concerned is that Sonny moved him his house, the very same house that his ex-wife Carly Corinthos (Laura Wright) and daughter Jossylyn Jacks (Eden McCoy) also live under that very same roof. The reason Dev came looking for Sonny in the first place is that he is in danger from the very same people that he helped rescue Sonny from. We’ve seen just how dangerous these people can be as they brainwashed Dante so deeply he had no choice but to go away for deprogramming so as not to hurt his family. They wouldn’t think twice about doing something similar to Dev, or even simply just eliminate him.

Jax could decide to alert the proper authorities about Dev’s true identity and his fake documentation. This would cause a huge legal hassle for Sonny as well as bring grave danger on to Dev, It’s doubtful that Jax would do that, because he does love Carly still and she and Sonny just had a brand new baby and Carly would never forgive Jax for taking such an extreme move at this time. Besides Jossylyn likes Dev, and if something happened to him because he was deported, it would strain their relationship.

Perhaps Jax could insist that as long as Dev lives at the Corinthos, Joss lives at his new place. That way, Joss is safe, away from any danger that the people after Dev might bring. Jax wouldn’t like that Carly is there as well, but he can’t control her and she is married to Sonny. If Carly accepts the danger, Jax can’t really stand in her way. Or maybe Sonny and Carly could find alternate living arrangements for Dev. Sonny has been totally against this idea up until now, but Carly had been pushing for it.

GH Spoilers – Given no choice to avoid deportation

But if Sonny is backed up against the wall by Jax, he may have to accept Dev living somewhere else, or Joss moving in with Jax would be better than Dev being deported and possibly killed. Sonny hates being backed into a corner so no matter what happens, Sonny will not back down for good.

Do you think Jax will turn Dev in and have him deported? Or will cooler heads prevail, and a more reasonable compromise be made? Time will tell, but you can watch General Hospital weekdays on ABC! And you can always check back right here for all the latest news and spoilers!