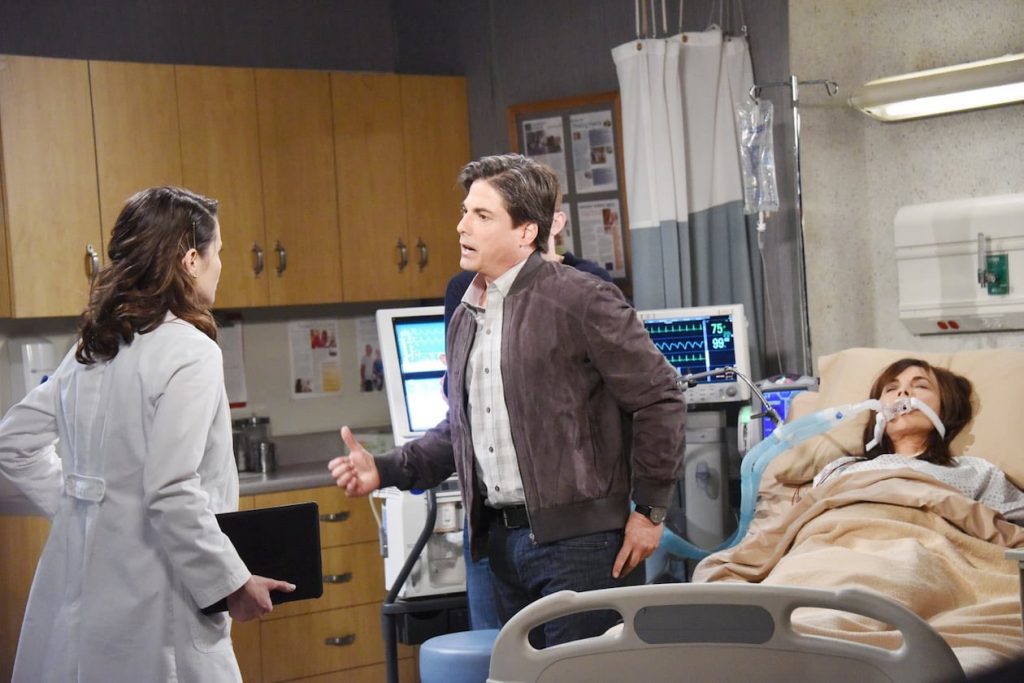 Days of Our Lives spoilers reveal Kate Roberts DiMera (Lauren Koslow) will continue fighting for her life. The situation is made worse when Vivian Alamain (Robin Strasser) tries to smother Kate with a pillow. The incident puts the DiMera CEO into a coma. When speaking of her character’s resilience, the actress said that Kate is the ultimate survivor.

As fans saw last week, Vivian Alamain shot Kate Roberts DiMera. Thinking the woman was dead, Vivian did what any crazy soap queen would do: bury her in the cemetery during broad daylight. However, Vivian was not counting on Kate surviving the gunshot wound. She also had no idea that Kate’s stubbornness and determination would have the DiMera CEO clawing herself out of the grave.

Days of Our Lives spoilers tease Vivian decides to take action after finding out Kate is at the hospital. She sneaks in and disguises herself in doctor attire, complete with a surgical mask over her face. She plans on sneaking into Kate’s room to finish her off.

However, that doesn’t work either. Sure, Vivian manages to get into Kate’s room. She even smothers her with a pillow, but Kate still manages to survive. Unfortunately, it puts the businesswoman into a coma.

In the latest issue of Soap Opera Digest, Lauren Koslow spoke about Kate’s determination to live. Despite being shot, buried alive and smothered with a pillow in a matter of a few days, her heart is still beating. The actress simply stated, “Kate is the ultimate survivor and is determined. Only she could be shot in the stomach and make her way out of a grave and get to the hospital.”

The latest DOOL spoilers tease that Lucas Horton (Bryan Dattilo) makes a difficult decision regarding his mother. Some speculate that Julie Williams (Susan Seaforth Hayes) gets Kate’s heart. However, it was also reported that Stefan DiMera’s (Brandon Barash) heart will go to the heart attack victim. Fans will just have to keep watching to see how this all plays out.

The Young and the Restless Spoilers: Nikki Turns To Paul For Help To Find Out Who Tampered With Victor’s Meds