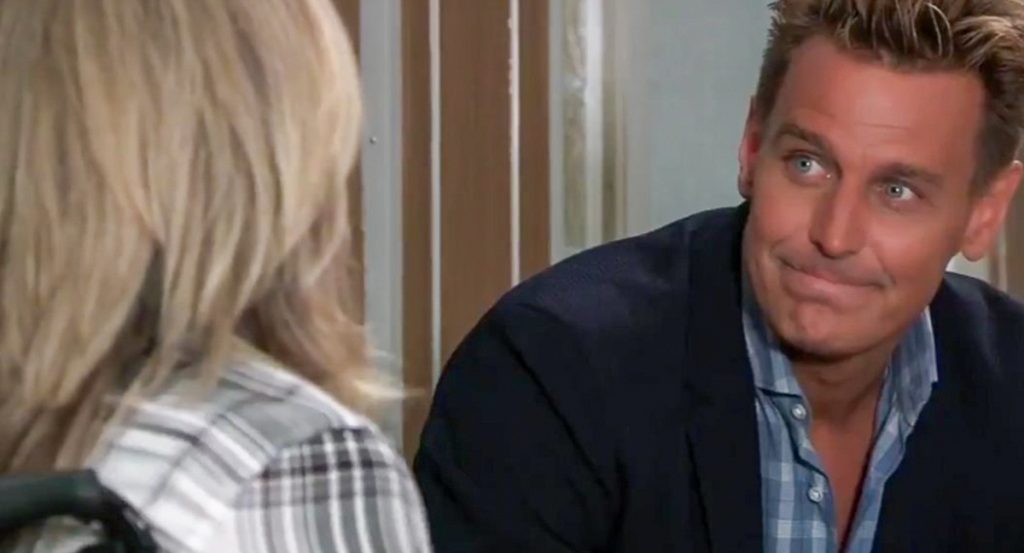 Jax and Hayden have been trying to find Mikkos Cassadine’s (John Colicos) codicil, which amends his original will and contains information that would help the rightful Cassadine heir unseat Valentin Cassadine (James Patrick Stuart) and return the Cassadine estate to the rightful heir. If, as hints within the scripts of General Hospital indicate, Nikolas Cassadine (most recently Nick Stabile) is still alive, then there really isn’t a reason to look for this codicil because he was the rightful heir before his presumed death; however, his son Spencer Cassadine (Nicolas Bechtel) would be the rightful heir if Nikolas, indeed is dead as feared. 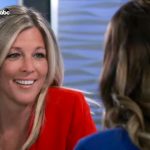 Jax previously meets with Laura Collins, (Genie Francis) who fills him in about the theory that she and her husband Kevin Collins (Jon Lindstrom) had about the clues having been in the portrait of Helena Cassadine (Constance Towers) and that they had gotten as far as Kevin’s recognizing a constellation of stars painted as the diamonds on Helena’s jacket, and that they had used an astronomy book found by Laura to pinpoint the location of the codicil on Spoon Island; but not its exact location. Valentin had come home before they could do anything else, and then General Hospital viewers will recall that when Laura returned to Wyndemere, intending to buy the portrait from Valentin, he had thrown it away, citing it was frightening Charlotte Cassadine (Scarlett Fernandez). Laura, however, had snapped a photograph of the portrait on her cell phone.

Jax and Hayden will likely talk about Laura’s theory, and compare notes as to where Hayden thinks the location could be based on what Laura told Jax when they met. Jax may have a copy of Laura’s cell phone photo and Hayden may look at it and see if she can figure out where on the island that the codicil may be hidden; but it will be rather difficult from a cell phone photo! They already know that it is not where Hayden thought it would be based on when she and Nikolas lived there, but she figured that Helena would have hidden it in the trophy room – where the portrait had previously hung! The codicil could have been moved from its previous location, as Hayden, Jax, and Laura figure, assuming Valentin moved it himself or destroyed it, but there is the possibility that Valentin knew nothing about it at all – Laura certainly didn’t when she was first told about it! The one theory that no one has posed may be the correct one; that the codicil was behind Helena’s portrait in the picture frame, and if that is the case then it may well never be found! However, there could be another version of the codicil – a computer scanned one – somewhere on a flash drive!

GH Spoilers – So, How Will The Codicil Be Found Now?

Jax and Hayden may have come to a standstill on finding the codicil, were it to have been in the portrait of Helena, which does sound like something Helena would have done – had a map of clues painted in her portrait that would lead anyone looking for said codicil on a wild goose chase, and if the portrait itself cannot be found then they are at a dead end; unless there is a copy on a flash drive as a backup – but, where? And who made it?