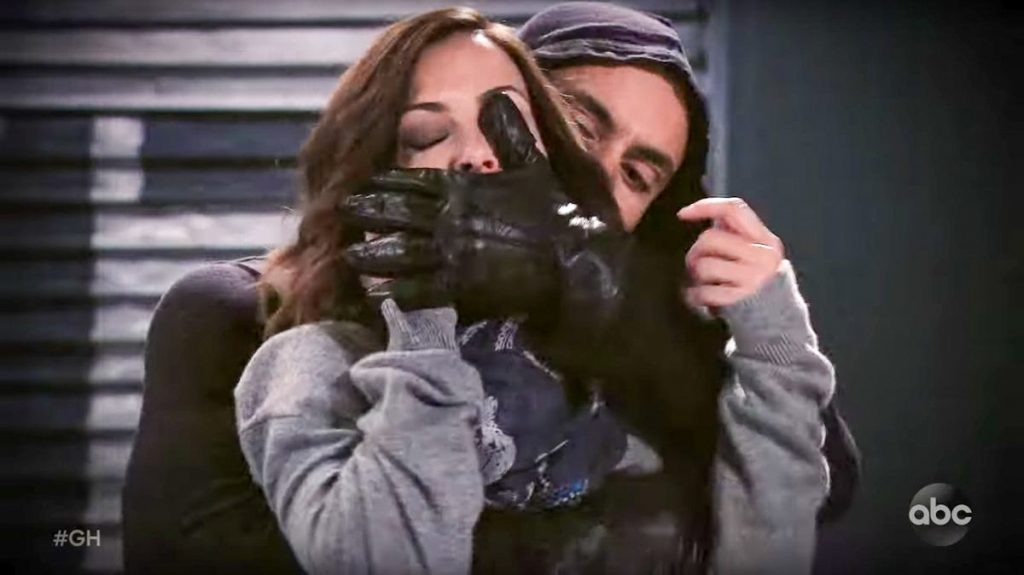 General Hospital (GH) spoilers tease that several Port Charles residents are going to find themselves in harm’s way in the next several days. One such person is Hayden Barnes (Rebecca Budig). Hayden’s involvement in the search for the codicil to Mikkos Cassadine’s will has been limited as of late. Her daughter, Violet Barnes (Jophielle Love) was gravely ill, and that led to the revelation that Hamilton Finn (Michael Easton) was Violet’s father. She hasn’t had much time to deal with her husband Nikolas Cassadine’s (Marcus Coloma) quest.

But according to a recently released promo, someone grabs Hayden from behind. Later on, Hayden is shown at Wyndemere speaking with Valentin Cassadine (James Patrick Stuart). Did Valentin hire someone to bring Hayden to him? Valentin has been suspicious of Hayden since she and Jasper “Jax” Jacks went to Wyndemere, obviously searching for something. He’s has also learned that Helena Cassadine’s (Constance Towers) portrait may be more valuable than he had previously thought. 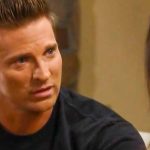 Valentin is likely in no mood for games at this point. To get to the bottom of what’s going on, he may very well resort to abduction and threats. He did just murder Cassandra Pierce (Jessica Tuck) after she kidnapped Charlotte Cassadine (Scarlett Fernandez). If he thinks someone is out to get him, he is likely to resort to whatever means will get the job done.

General Hospital Spoilers – What does that mean for Hayden Barnes?

So when Valentin confronts Hayden, look for him to use whatever means necessary to get what he wants. He may threaten Finn, or even Violet if he knows about her. Will that be enough to get Hayden to spill her guts or rat Nikolas out? There is no way Hayden will allow harm to come to those she loves.

Is Valentin going to abduct or threated Hayden? Will she reveal what she knows about Nikolas and the codicil? Only time will tell, but stay turned to General Hosptial airing weekdays on ABC. And don’t forget to check back here regularly for all your General Hospital news, information and spoilers!