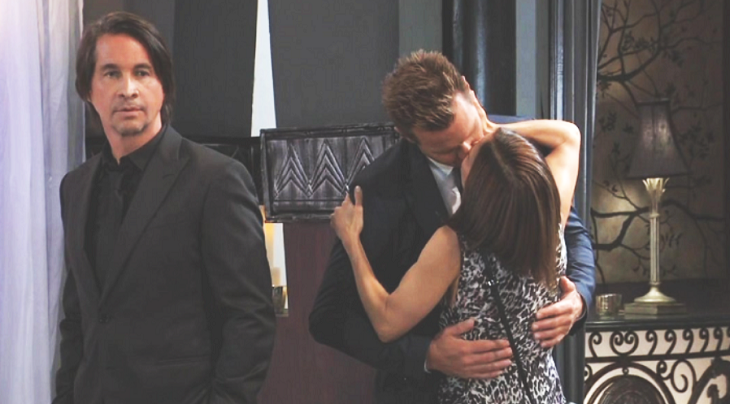 General Hospital (GH) spoilers tease that as Hayden Barnes (Rebecca Budig) takes on the position of Aurora’s new CFO, the true nature of her relationship with Jasper Jacks (Ingo Rademacher) will become clear.

Here’s what you need to know about what’s ahead on GH with Hayden and Jax!

When Hayden returned to Port Charles, she planted a kiss on Jax but that smooch may not have been about love. GH spoilers tease that kiss may have been more about showing Hamilton Finn (Michael Easton) that she’s moved on and not hung up on him. It is a recipe for disaster with his relationship with Anna DeVanne (Finola Hughes).

“Finn has moved on , so she wants to appear that she has too. It may seem like that’s juvenile, but in the moment, she kind of didn’t know what to do and so that’s why she kissed Jax,” Budig told Soap Opera Digest.

General Hospital spoilers say that Finn wants to believe seeing Hayden doesn’t stir up feelings again, but he would be wrong. This will throw him off and it could cause issues in his relationship with Anna. But Finn isn’t the only person surprised to see her either.

Hayden will run into Laura Collins (Genie Francis) at Metro Court. They will exchange words and it’s clear that there is no love lost between them. Then she runs into Drew Cain (Billy Miller), the man she was once paid to con.

General Hospital spoilers say that Drew isn’t happy to see her and he makes his position very clear. And, by all accounts, Hayden finds their interaction equally unpleasant.

Are you surprised that Hayden and Jax are working together? Will they be able to get the best of Valentin?