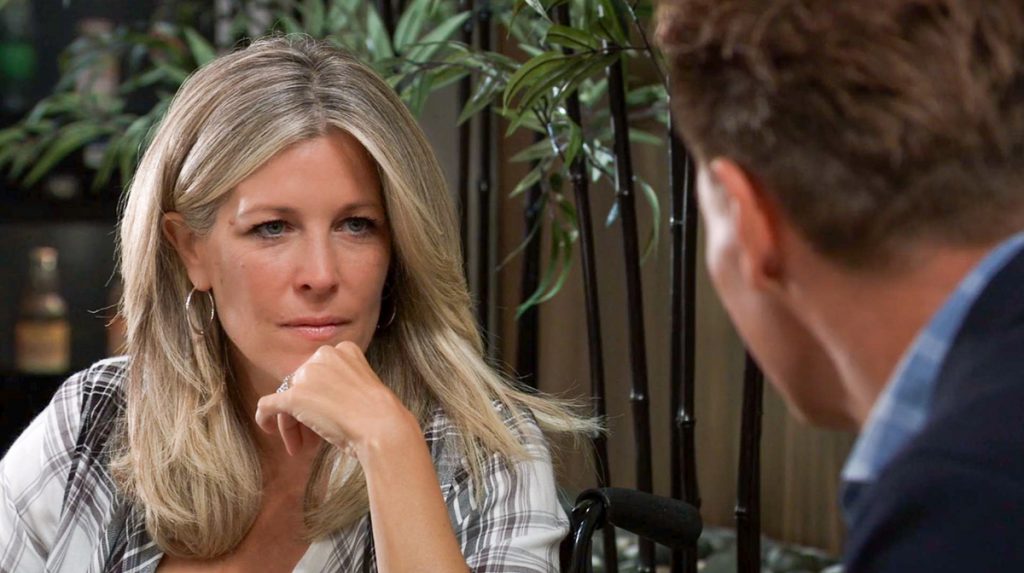 General Hospital spoilers tease that Friday, October 18 will be another exciting day full of drama and suspense for General Hospital viewers as cliffhanger Friday gets in gear!

As GH viewers know, Michael Corinthos (Chad Duell) is very committed to Sasha Gilmore (Sofia Mattsson) and is determined to help her get through the arrest for fraud for saying she was Nina Reeves’ (Cynthia Watros) long-lost daughter. But Sasha refused to implicate the mastermind behind the scam, Valentin Cassadine (James Patrick Stuart) and Michael is determined to take Valentin down if Sasha goes down! However, mama bear Carly Corinthos (Laura Wright) disagrees with this plan, saying to Michael, “You DID walk away from Sasha, didn’t you?” Carly won’t like Michael’s answer!

Commissioner Jordan Ashford (Briana Nicole Henry) notes to her husband Curtis Ashford (Donnell Turner) that Port Charles is riddled with liars! However, when the wife is a police commissioner and the husband a private investigator, that kind of comes with the territory! Criminals and fraud perpetrators are generally liars, although Port Charles does seem to have more than its fair share of them! They are probably talking about the Sasha Gilmore case too! 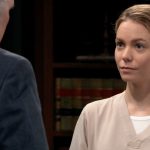 Mayor Laura Collins (Genie Francis) wants to help someone, as she is approached. She asks how can she help the person; it’s possible that this could be a continuation of her conversation with Ava Jerome, (Maura West) from Thursday’s episode. Laura had noted to Ava that they actually have several things in common with one another and encouraged Ava to talk to her. They have both lost adult children, that is a biggie!

At Charlie’s Pub, Julian Jerome (William DeVry) is plainly losing patience with Brad Cooper (Parry Shen), his son-in-law. Julian obviously has either asked Brad to do something for him, or asked him to stop doing something and Brad has told him no! Julian told Brad that you don’t tell him (Julian) NO, and Brad countered back with that he just had! It looks like there may be some confrontations brewing between these two!

It looks like Jason Morgan, (Steve Burton) Alexis Davis, (Nancy Lee Grahn) and Sam McCall (Kelly Monaco) are either at the Port Charles Police station or in a holding area in Pentonville Prison, as Jason updates the two women. He tells them that the Feds are about to find out they have no case – after he had talked to Bryce Henderson (Brian Gross) at Pentonville and got some information out of him. The problem is, Bryce may no longer be available to testify in their behalf!

Ava may still be talking to Laura or possibly someone else as she says – and looks like she feels- that Ryan Chamberlain (Jon Lindstrom) is still thinking about her! Thinking about her he is, even though she doesn’t want him to and had thought she’d made that clear to him – although in Thursday’s episode Julian told her she was going about it the wrong way by visiting him even though she returned his letters.

Ryan is definitely thinking about Ava and because after Jason thought he had Bryce as a witness to destroy the Feds’ case against Sam, he remarked to his cellmate, Ryan, that he might make a move on that hot Ava on the Crimson Magazine cover, Ryan, with a bloody ink pen and hand, says something terrible has happened! It will be terrible for Sam’s case because it looks like Ryan killed Bryce with a pen!