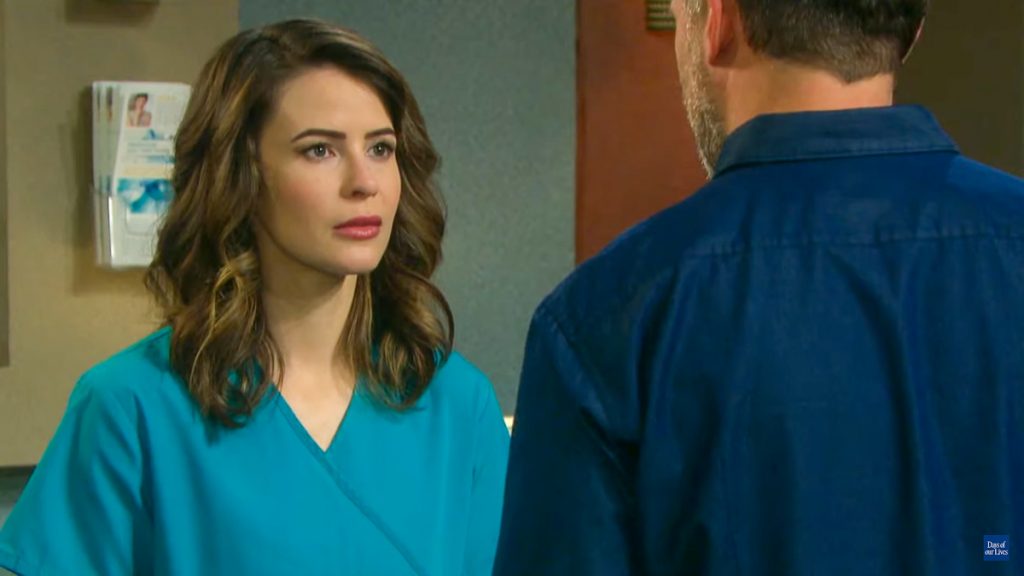 Days of Our Lives spoilers reveal Nicole Walker (Arianne Zucker) has romantic insecurities. She knows how important family is to Eric Brady (Greg Vaughan). She wonders if he would be happier being with Sarah Horton (Linsey Godfrey). Will she walk out on her relationship so Eric can have the life he deserves?

DOOL spoilers confirm that Nicole finds out about Sarah’s pregnancy. She knows that Eric needs to know about the baby. After all, there is a good chance that he is the father. However, Xander Cook (Paul Telfer) pressures Nicole to stay silent. So, she doesn’t say anything to Eric, at least for the time being. 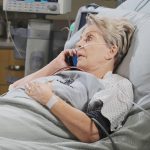 The pregnancy news brings up Nicole’s insecurities. She knows that Eric would never turn his back on a child. Even though he is committed to Nicole, would he end the romance to give the child a complete family? She was already having doubts that Eric would stay with her. After all, he was involved with Sarah when everyone figured out that Nicole was alive. What would stop him from dropping her like a hot potato once the baby news is revealed?

Days of Our Lives spoilers tease that Eric has always wanted a family of his own. He really can’t have that with Nicole because she can’t conceive. Even though he is a father figure to little Holly, she isn’t biologically his. That technical details doesn’t matter to most people, and it’s not relevant to Eric. However, Nicole feels that it would be a dream come true for him to be a father.

There is speculation that once Eric finds out the truth, he could leave to be with Sarah. However, it seems more likely that Nicole is the one who ends the romance. She loves Eric so much that she will do anything for his happiness — even if it means sacrificing her own.

Do you think Eric and Nicole will last after the baby news is revealed? Should he stay in his current relationship or does he belong with Sarah?