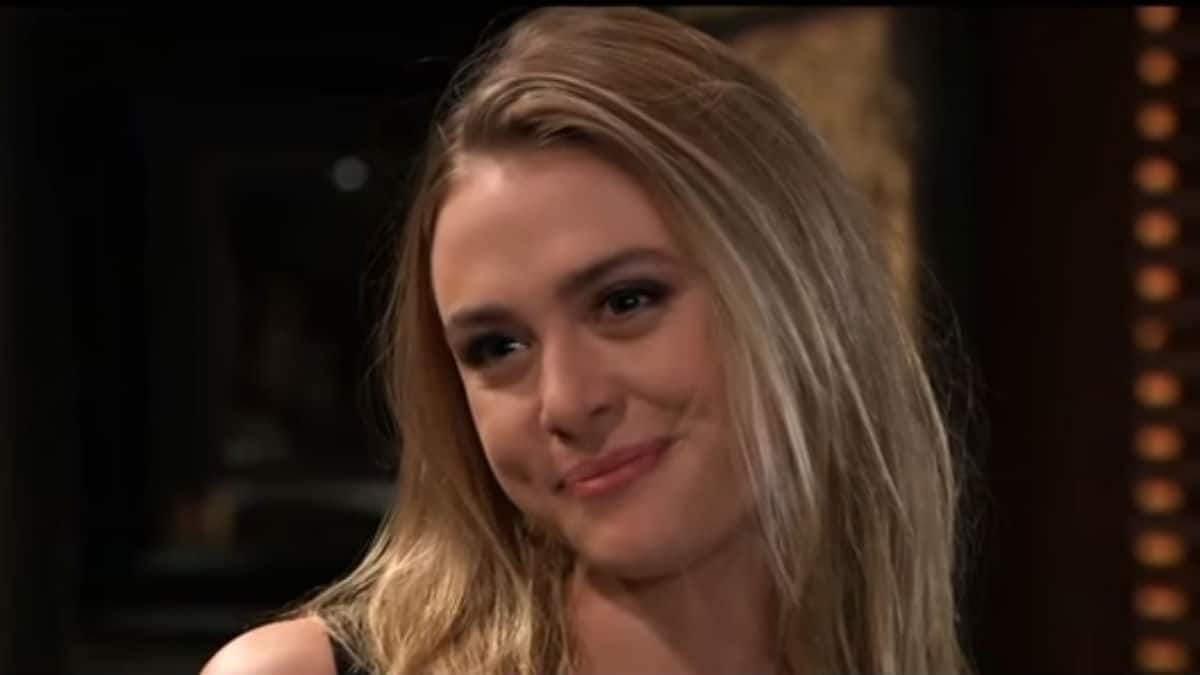 Once again, Kiki Jerome (Hayley Erin) visits her mother Ava Jerome (Maura West) in her dreams, and Ava is frustrated and distraught and asks Kiki to tell her what to do! All Ava wants is for Kiki to forgive her for her mistakes and to know that she loves her late daughter! Kiki stands silent at the foot of Ava’s bed as she pleads with her. Will Kiki respond this time and work things out with her mother?

Robert Scorpio (Tristan Rogers) approaches Peter August (Wes Ramsey) and warns him if he gets in the way of “this” that he’s going to charge him with obstruction of justice! Funny Robert should say that since Peter just agreed to help Shiloh get out of prison in Thursday’s episode; but maybe there’s more to the story! Maybe Peter took Shiloh’s “request” to Robert offering to be part of a sting of some sort!

Cameron Webber (William Lipton) is shocked as he finds out about Josslyn Jacks’ (Eden McCoy) plans to not return to school. He can’t believe his ears, and he asks her again; “You’re not coming back to school?” It seemed like Joss was moving on and dealing with life after losing her boyfriend, Oscar Nero Quartermaine (Garren Lake Stitt); but now it seems more apparent that she has not, and cannot face going back to school when she knows Oscar will not be there!

Meanwhile, Carly Corinthos (Laura Wright) is frantic as she talks with Joss’s father, Jasper Jacks (Ingo Rademacher); she is very adamant as she tells him emotionally, “We’re not going to let our daughter run away!” Carly seems to think that Joss is running away from life, and not facing it head on and dealing with it like Carly herself would do!

At the Morgan penthouse, Samantha McCall (Kelly Monaco) gives Jason Morgan (Steve Burton) an update on the situation with Franco Baldwin (Roger Howarth) having received Drew Cain’s (Billy Miller) pre-2012 memories and losing his own in the process.

Sam tells Jason that Drew is on the way to get Andre Maddox (Anthony Montgomery). General Hospital viewers will recall that in Wednesday’s episode, Drew had left with the intentions of going to Afghanistan to donate the money he found in Cameron’s car for charity purposes, but then in Thursday’s episode had called Curtis Ashford (Donnell Turner), who had tracked Andre down, to let him know he was going to divert to Andre’s location to get him involved in the situation to try to get Franco’s memories back.

General Hospital Spoilers: Michael Gets A Surprise – What's Up With Drew? @celebratesoaps https://t.co/uE2Onqienf

At General Hospital, Michael Corinthos (Chad Duell) visits Sasha Gilmore (Sofia Mattsson) in the isolation ward, and not only does she not seem to be improving, she may actually be getting worse! She obviously feels guilty and she’s upset as she asks Michael if this illness is the punishment she deserves for something! Will Sasha herself be the one to spill the beans to Michael that she’s not really Nina Reeves’ (Cynthia Watros) birth daughter?