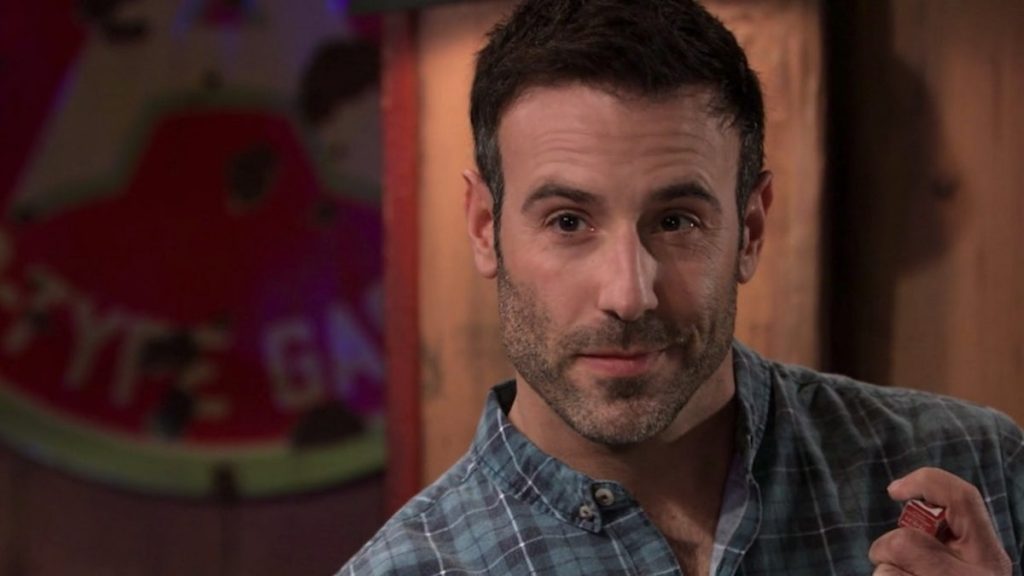 Welcome to your Wednesday, August 21st General Hospital (GH) recap! We begin our day at the Corinthos warehouse where a worker is telling Jason Morgan (Steve Burton) that some money has come up missing. He says Dev (Ashton Arbab) was listening to them discuss the money earlier.

At the Metro Court hotel bar, Ava Jerome (Maura west) is having a martini when Sonny Corinthos (Maurice Bernard) approaches and says he hopes she’s not hungover for her day with Avery.

Cameron Webber (William Lipton) is in his car when Trina Robinson (Sydney Mikayla) knocks on the window and ask why he’s in the car when he’s not allowed to drive.

At General Hospital (GH) , Elizabeth Webber (Rebecca Herbst) is telling Scott Baldwin (Kin Shriner) that she’s not having much luck researching his condition. Drew Cain (Billy Miller) walks in and says if anything at least they know why this was done to Franco.

Drew explains about the money that Shiloh is ultimately after. He tells Elizabeth the money was hidden in a subaru outback, like the car Oscar gave to her son Cameron.

GH Spoilers – Franco Baldwin presses Kim Nero about their past

At General Hospital (GH) , Franco Baldwin (Roger Howarth) approaches Kim Nero (Tamara Braun) and asks about their son Oscar. Kim says her and Drew had a son, her and Franco did not. Franco is sad that he never got to know Oscar.

Franco presses Kim about Oscar which upsets her and she asks him to please stop. She says he just up and left when she got pregnant and he says that’s not true, he wrote her letters every month for two years.

At Crimson magazine, Lulu Falconeri (Emme Rylan) arrives and Maxie Jones (Kirsten Storms) asks how the divorce discussion went with Dante’s parents. She says that Sonny was understanding, but Olivia is still in denial. Lulu confirms that she is officially divorced.

Maxie has Lulu sit down and asks how she is feeling. Lulu says she feels single and confused by the turn of events.

At Pentonville prison, Shiloh Archer (Coby Ryan McLaughlin) has summoned Peter August (Wes Ramsey) to meet with him. Peter wonders why he is there and Shiloh says he knows more about his past than he realizes. Shiloh explains what happened in Afghanistan with Drew Cain and Helena Cassadine (Constance Towers).

Shiloh says he hid and watched as Peter interacted with Helena, he was the mystery man.

Trina gets in the car and questions why Cameron wants to sell it. He thinks the car is bad luck and has brought him nothing but trouble. Trina thinks that the car has also brought them some good luck. The buyer approaches and Trina starts to push back against Cam selling it.

At the Metro Court bar, Ava tells Sonny that she is not taking lectures from the great Sonny Corinthos. Sonny lists all the reasons that her life is falling apart and she needs to stop drinking during the day. He leaves as her psychic Chelsea Lambas (Jen Ray) approaches and Ava says Kiki came to her the night prior.

Chelsea asks Ava how Kiki contacted her and she explains it was the night prior when she was sleeping. She is hesitant to believe her and says maybe she shouldn’t drown herself in martinis. Scott Baldwin (Kin Shriner) approaches her and sits down saying he needs a drink too.

Jason asks Dev about the bank deposit and the other worker accuses him of stealing the money. The worker calls Dev lazy and disorganized. Sonny shows up and says the easy way to solve the issue is to search Dev.

Jason finds the money in Dev’s bag, but Sonny is not sure he actually stole it. Chelsea runs into Elizabeth at General Hospital (GH) and she asks her if she has lost her husband Franco for good. Chelsea reads her hands and tells her to hold on to her loved ones no matter what. Franco tells Kim that he wrote her letters and he did want a life with her.

Drew shows up and stops Cameron from selling the car, he searches it and finds a package. The package contains the 1 million dollars that Shiloh is searching for.

Drew meets with Franco at the hospital and gives him some of the money in order for him to rebuild his life in Port Charles…….flash to preview