General Hospital Spoilers: Will Olivia Come Between Dustin and Lulu? 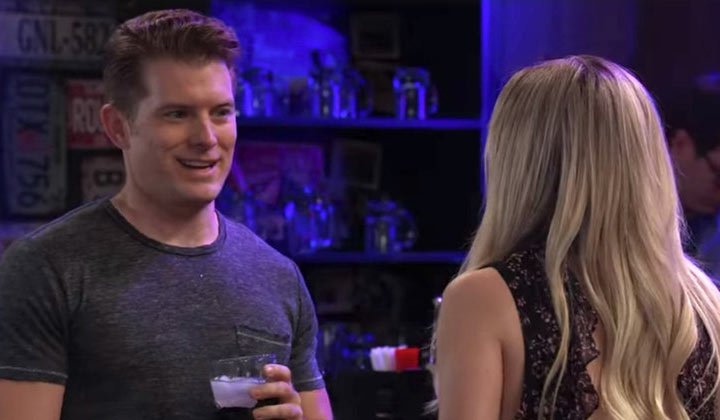 General Hospital (GH) spoilers tease that Dustin Phillips (Mark Lawson) and Lulu (Emme Rylan) will continue to bond over the coming weeks. So far, its just been a sweet friendship between the two, but Olivia (Lisa LoCicero) isn’t having any of it!

Viewers will recall that Lulu recently received divorce papers from Dante (Dominic Zamprogna). Lulu didn’t fight it and after a set number of days, the divorce was final. This wasn’t what Lulu wanted, but Dante is still recovering from what happened to him in Turkey and shows no signs of quickly recovering from the programming that he was subjected to. His recovery could take days, months or even years so he filed for divorce to keep Lulu from putting her and their kids life on hold.

Olivia is fiercely protective over Dante and was completely against the divorce, but she ultimately understood that Dante was trying to do the best thing for Lulu and the kids. But that doesn’t mean she wants to see Lulu in the company of another man!

Dustin showed up at exactly the right time in Lulu’s life. It wasn’t easy for her to agree to end her marriage but Dustin has provided an unbiased ear. He always seems to show up at exactly the right moment. He has also bonded a bit with Rocco (O’Neill Monahan). Rocco needs a male influence and Sonny (Maurice Bernard) isn’t always available.

Dustin showed up and unwittingly Rocco’s birthday party at Charlie’s Pub. Rocco wanted him to stay and Dustin was more than happy to oblige. It’s becoming quite clear that Dustin has taken a liking to Lulu. Olivia noticed this as well and wasn’t very welcoming to Lulu’s new friend.

As Dustin and Lulu spend more time together, expect Olivia to put as many roadblocks as she can to prevent them from getting even closer. She will more than likely have Dustin investigated and who knows what she will uncover! Could Dustin be shadier than we have been led to believe so far? Could he even possibly have been Shiloh’s (Coby Ryan McLaughlin) accomplice stealing the hard drive from Drew’s (Billy Miller) safe.

Or is there something even more sinister afoot? Dustin is also the new English teacher at Port Charles High School. Could there be some scandal in his past regarding young female students? Hopefully General Hospital won’t go that route, but anything is possible in Port Charles! Hopefuilly, Dustin is on the up and up and Olivia will eventually accept him.

One thing is for certain, there are some very exciting times coming up at General Hospital, airing weekdays on ABC!