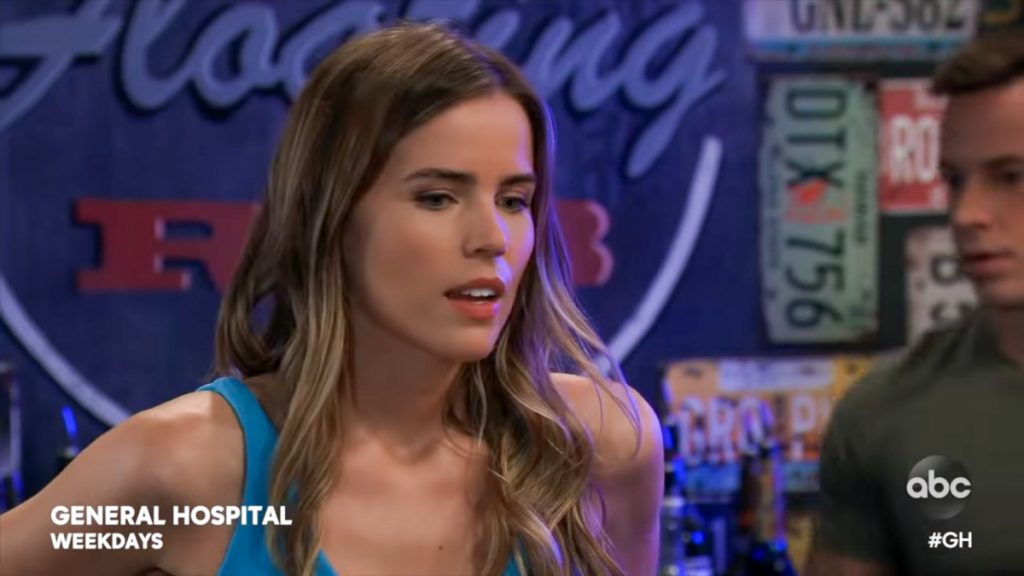 General Hospital (GH) spoilers tease that now Sasha Gilmore (Sofia Mattson) has been revealed as a fraud and isn’t Nina Reeves (Cynthia Watros) daughter, Dr. Leisl Obrecht (Kathleen Gati) may take up the search herself. But her search may yield results that no one expected to find!

General Hospital Spoilers – Dr. Obrecht wants to know if there actually ever was a daughter

Recently, Dr. Obrecht asked Valentin Cassadine (James Patrick Stuart) if her deceased sister Madeline Reeves (Donna Mills) actually revealed to Valentin the existence of a daughter or if he made that up just to locate a daughter and win Nina back. Valentin will admit that Madeline did indeed indicate that there was a baby, he just wasn’t able to actually locate her, so he manufactured one. And that is how the Sasha lie began.

GH Spoilers – Could it actually be Sasha Gilmore after all?

Obrecht has marveled on more than one occasion just how much Sasha looks like her own daughter, Britt Westbourne (Kelly Thiebaud). Of course, people resemble each other all the time without being related, but is it possible that somehow after everything that has happened, Sasha is somehow actually the real deal? It would be difficult to explain, since there were three doctored DNA tests, but maybe they didn’t need to be doctored at all.

General Hospital Spoilers – Or is it someone else?

Although it would be a dramatic reveal, especially since Nina now hates Sasha, it’s likely Sasha’s part in the story is done. Dr. Obrecht might know where to look for any secrets that Madeline left behind, since they were sisters. If that’s the case, perhaps she will find a clue that leads right Pentonville! Harmony (Inga Cadranel) and her husband have already been known to have been involved various cults and self-help groups before eventually joining Dawn of Day. Perhaps they thought that after buying a baby, their problems would be over, but instead of helping it led down the path to the dangerous cult.

Dr. Obrecht could easily confront Harmony in prison and force her to reveal the truth: that Willow Tait (Katelyn MacMullen) is not her daughter and that they bought her! Harmony would probably not know of Madeline’s involvement, just the lawyer (now deceased) who brokered the deal. She would most likely beg Obrecht to keep the secret, but would she?

Dr. Obrecht has been known to keep many secrets, but this time she most likely would want Nina to find her real daughter, until she realizes it’s the woman Nina already knows and pretty much despises. Willow and Nina have been at odds pretty much since they met, and even as recently as the night before Nina’s doomed wedding, they had a confrontation where they hurled insults at each other. So Obrecht might just think that leaving well enough alone is better than Nina finding a daughter that she despises!

Is Willow the one true daughter of Nina Reeves? If discovered, would Obrecht want to tell Nina or leave it alone with all the bad blood that already exists between Nina and Willow. Of course, the secret would come out eventually anyway. Anything is possible, so stay tuned to General Hospital weekdays on ABC and check back right here for all your news and information!