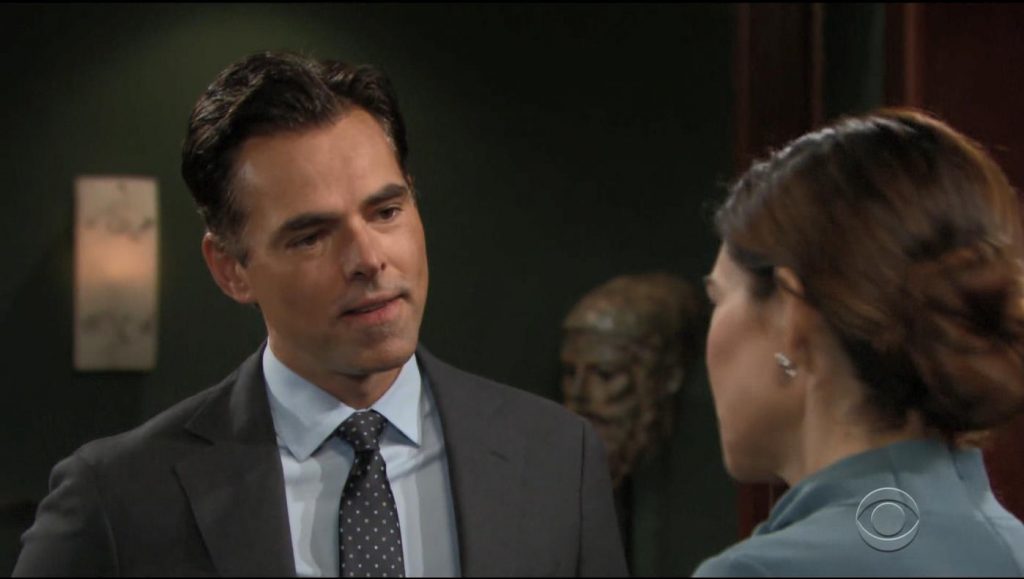 The Young and The Restless spoilers tease that Chloe Mitchell (Elizabeth Hendrickson) will comfort Billy Abbott (Jason Thompson) on the anniversary of their young daughter’s death, Delia Abbott (Sophie Pollono).

It has been six years since little Cordelia Katherine Valentine Abbott, known as Delia, died at the tender age of seven. As a baby, she suffered from leukemia but survived thanks to a bone marrow transplant from her father Billy. She had just appeared in a school play of “The Wizard Of Oz” as the wicked witch and Billy had brought her dog, Dash along to pick her up from school. They stopped for ice cream, which Billy was going to supply for a celebration party for her being in the play, and it had gotten dark. He left Delia and Dash in the car when he went in the store, and Dash was not on a leash.

Delia had opened the door to let Dash out to pee, and Dash ran out towards traffic on the highway that the store faced while Billy was in the store and Delia ran out after him. She found him in some bushes, but then he ran in the road again, and was run over by an oncoming car that happened to be driven by Adam Newman (now played by Mark Grossman). He had swerved to avoid the dog, and ran into the bushes where Delia was still at and didn’t see her, all dressed up in her black wicked witch costume. He was relieved the puppy was okay but didn’t know he’d hit Delia until he got home and Chelsea Newman (Melissa Claire Egan ) told him; he went out and checked his car, found parts of her costume in his car’s wheel well and a part of his headlight missing, which was retrieved at the scene by police. He destroyed evidence related to the crash when he found out Delia had died, but at least Connor Newman (now played by Judah Mackey) got a much needed cornea transplant when Delia’s eyes were donated. 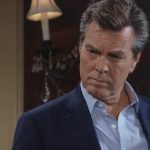 Both Chloe and Billy went off the rails after their little girl’s death; Chloe became obsessed with Connor and kidnapped him, and took him to Paris, France where Chelsea and Victor Newman (Eric Braeden) found them and rescued Connor and Chloe was arrested for kidnapping, and forced into counseling. Billy became a vigilante and kidnapped Adam, holding him captive in his SUV and forced a confession out of him; however, because the two struggled over a gun, Adam, left in the SUV went over a cliff and the SUV exploded and caught fire, with Adam presumed dead.

More recently, Y & R viewers will recall with the return of a live Adam to Genoa City, Billy developed dissociative identity disorder and again went after Adam, Chloe pushing him out the way and she and Kevin Fisher (Greg Rikaart) kept Billy in the Chancellor boat house to try and help him, and later Victoria Newman (Amelia Heinle) was brought in the loop and together helped Billy defeat “Bad Billy” and now he is in therapy.

With Adam out of town again, Chloe may reach out to Billy but they may wind up comforting each other; the whole devastating incident had become fresh again for both of them with Adam having returned and Billy having developed DID. Neither of them may ever totally believe that Delia’s death was an accident, and if Adam had not destroyed evidence that night, making him appear guilty, it may have been proven an accident.

The worst he could have been charged with may have been hit and run but intentional motor vehicle homicide could likely not have been proven, if he had contacted the police upon finding the evidence. But as it turned out, the only saving grace from Delia’s death was Connor being able to see.