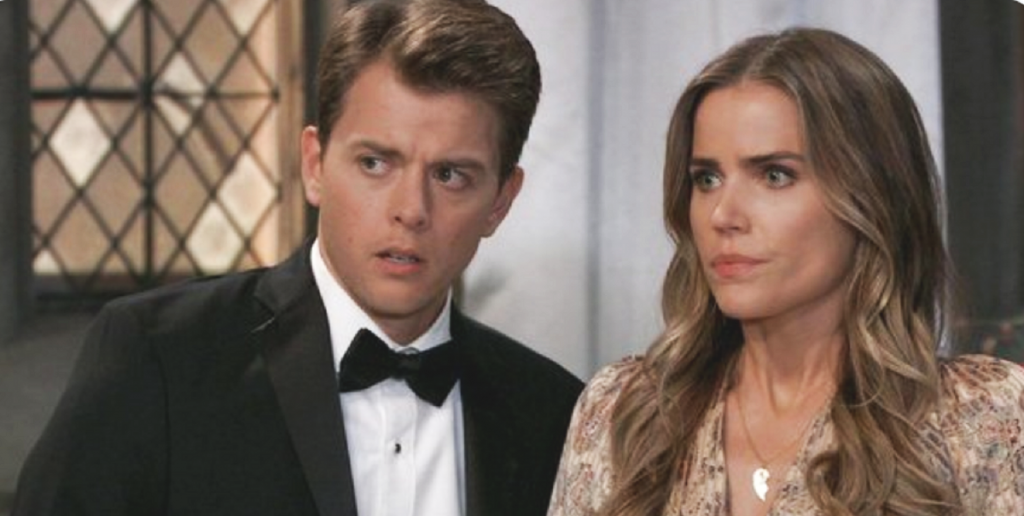 General Hospital (GH) spoilers tease that Sasha Gilmore (Sofia Mattsson) is in for some tough times ahead. As GH viewers know, her “fake daughter” status was revealed at the wedding of Nina Reeves (Cynthia Watros) and Valentin Cassadine (James Patrick Stuart) when Lulu Spencer (Emme Rylan) stood up and announced that Sasha wasn’t really Nina’s daughter. It was a terrible scene, and there will be plenty of fallout going forward.

Sasha will suddenly find herself estranged from some of the key people in her life. Nina will probably want nothing to do with her for a very long time, if ever. And Valentin won’t be happy with her either – after all, she spilled his secret in a very public way and totally ruined his relationship with Nina.

He might be out for revenge, so she might want to watch her back. Liesl Obrecht (Kathleen Gati) will probably be irritated as well, since she pushed Sasha to keep the secret, too.

But there’s one person who will stick by Sasha and might, in fact, be her only friend right now, and that’s Michael Corinthos (Chad Duell). As GH viewers know, Michael found out that Sasha wasn’t really Nina’s daughter a couple of weeks ago, and he was upset at first, but ultimately he came to understand why and how Sasha got mixed up with the ruse in the first place. Michael knows that Sasha made a mistake by getting involved, but the person he really blames is Valentin.

According to GH spoilers, Michael will stand by Sasha as her world crashes around her. He’ll be there for her and help her through this terrible time, and one has to wonder whether he’ll be around for the long haul.

It seems like a pretty good sign that he’s stuck by Sasha after finding out about her big lie – after all, he was really manipulated by Nelle Benson (Chloe Lanier) and so he’s pretty sensitive to lies and deceit. But he seems to see something decent and good in Sasha, despite the lie she participated in.

General Hospital Spoilers – Is Michael Corinthos In It For The Long Haul?

Something tells us that Michael and Sasha have potential as a lasting couple, and if they can get through the fallout from her lie then they can probably get through just about anything. Then again, GH spoilers say that Nelle will be up for parole soon, and she just might get released. If she does, then Sasha will have a whole new problem – Nelle!

We’ll see if Michael and Sasha stand the test of time, but we’re rooting for them. Do you think they should stay together as a couple? And do think they’d survive it if Nelle gets released from prison?