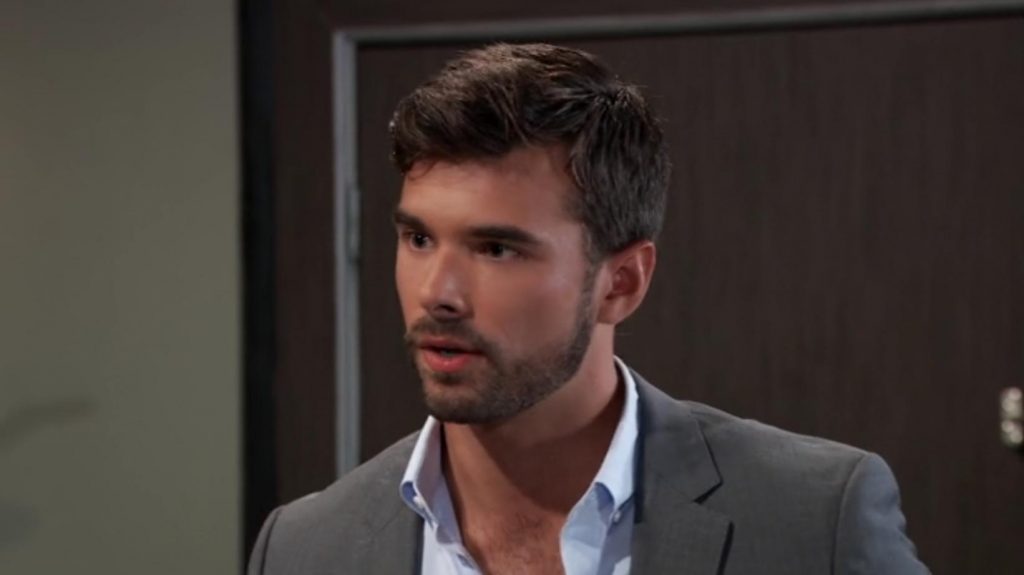 General Hospital (GH) spoilers tease that Detective Harrison Chase (Josh Swickard) will have a surprise for Willow Tait (Katelyn MacMullen) — could it be an engagement ring?

General Hospital viewers know that there will have been some very dangerous things happening around both Chase and Willow that may drive home the importance of not putting things off. The two have recently taken the major step of moving in together, only for Shiloh Archer (Coby Ryan McLaughlin) to have escaped, taken hostages, and Chase himself having to put himself in dangerous situations because of it. That is a day in the life of a cop, and Willow knows it but apparently has overcome her fear of something happening to Chase.

The terrible news for Willow, that her baby is dead but Michael Corinthos’ (Chad Duell) son is alive instead may have come out in the open by now, with Brad Cooper’s (Parry Shen) apologies for his misdeeds, and while Willow is happy for Michael, she’s devastated for herself. Both Willow and Chase may be thinking they need to follow their hearts and not put things off since life can be so short.

There is no rule that says modern couples have to live together for a certain period of time before they marry; especially if they want to have children together! Of course Willow will want children, and Chase has never indicated that he didn’t, and now that the Shiloh nightmare is likely finally over, maybe this would be a good time to think of being together permanently and planning a family, so Chase might buy her an engagement ring and Chase and Willow might be setting a wedding date and planning their own family!

Some General Hospital fans have been shipping Willow and Michael so they can raise Wiley/Jonah Corinthos (Erik and Theodore Olson) together, but it looks like he has forgiven Sasha Gilmore (Sofia Mattsson) and may even feel like she should just keep her secret because divulging it may do more harm than good considering the people that would be hurt by it. That shows true love for Sasha on Michael’s part!

On the other hand, if Chase and Willow marry then they can make a family of their own, and a new little baby for Willow to play with and love. Besides, Michael and Lucas Jones (Ryan Carnes) know that Willow and Wiley/Jonah are attached to each other and she will likely still be welcome to visit with the baby any time!

General Hospital viewers cannot conceive of any custody battles between Lucas and Michael, and they are uncle and nephew so at least little Wiley/Jonah is still family to both men and it won’t be too difficult of a transition!