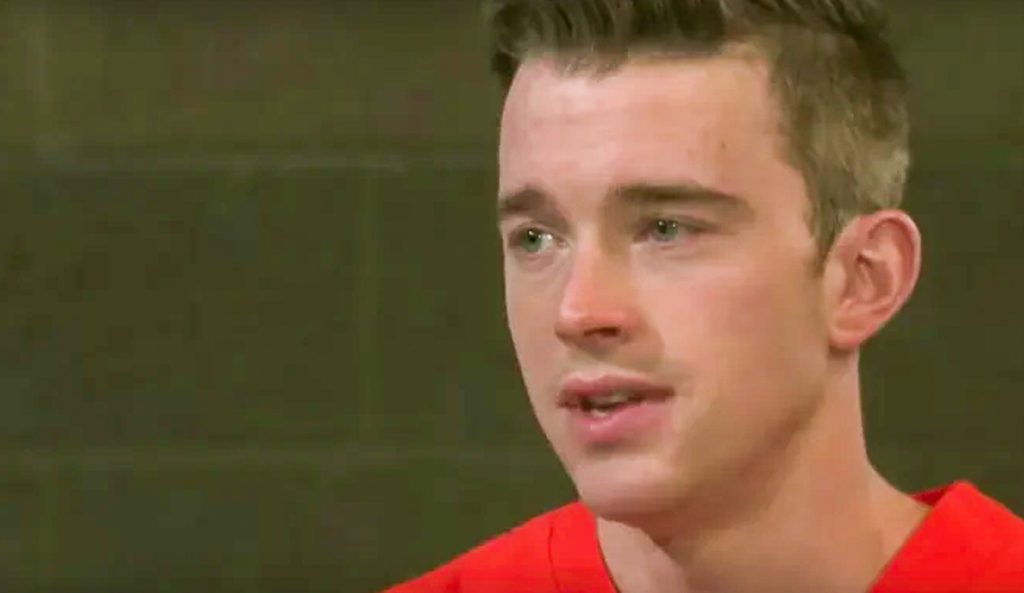 Days of Our Lives (DOOL) spoilers tease that with the time jump in full effect, there are many mysteries left to be solved. One of the biggest shocks was the imprisonment of Will Horton (Chandler Massey) for somehow causing the death of Adrienne Kiriakis (Judi Evans). Slowly, we are finding out more about what happened .

Days of Our Lives Spoilers – Not cold blooded murder?

There have been a lot of clues that what happened wasn’t cold blooded murder. During a conversation with Kate DiMera (Lauren Koslow), she told Will that is was an accident. Another hint was during a flashback between Kayla Brady (Mary Beth Evans) and Justin Kiriakis (Wally Kurth) in which Kayla had to tell Justin that Adrienne didn’t make it. She said that Adrienne’s internal injuries were too severe. Together these clues make it sound like there was a car accident of some sort. But how would an accident lead to Will being in jail?

The most likely scenario is that Will was behind the wheel and was either negligent or in some other way impaired when Adrienne’s death occurred. Will doesn’t seem like the type of person that would drink drunk, but there must have been extenuating circumstances. Was Adrienne trying to keep Will from getting behind the wheel? Or was something else going on? Kate alluded to the fact that Maggie Kiriakis (Suzanne Rogers) forgave Eric Brady (Greg Vaughn) when he killed her son in a car accident while he was drunk. Whatever happened between Adrienne and Will must be similar to that.

If this is the case, the question remains why would Will get behind the wheel of a car if he was impaired in some way? There are still a lot of questions yet to be answered, but for now we can only assume that this horrible accident will lead to some big story.

Did Will willingly kill Adrienne in cold blood? Was there some wort of accident where Will was drunk? As we learn more information about the missing year, we will surely find out more. Stay tuned to Days of Our Lives airing weekdays on NBC. And make sure to check back here regularly for all your Days of Our Lives news, information and spoilers!