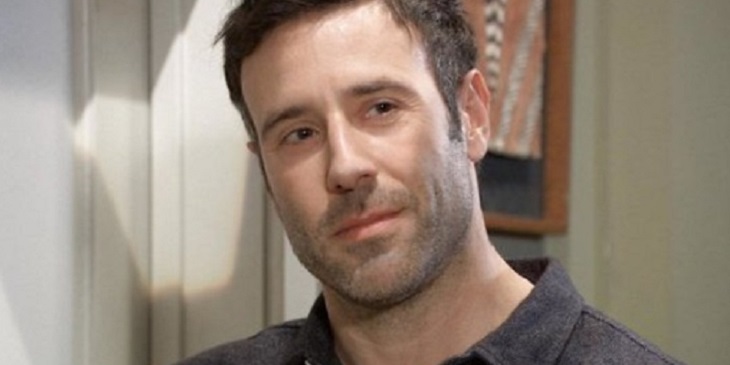 General Hospital spoilers tease there’s a very good chance that Shiloh Archer (Coby Ryan McLaughlin) might be able to claim little Baby Wiley as his own, even though he’s not the young tot’s biological father. But then again, no one in Port Charles really knows the truth except for a handful of people, right? Here’s what you need to know.

There’s a very good chance that Shiloh Archer might walk away from this custody battle with Willow Tate (Katelynn MacMullen) victorious. That’s because he’s not only used to playing mind games to get his way, but there’s also a theory floating around that the judge in the case might be a member of his controversial cult, Dawn of Day. If that happens to be the case, then Shiloh has got this case in his back pocket. That’s bad news for Baby Wiley and just about everyone else involved in this custody battle but of course good news for Shiloh.

Actor Coby Ryan McLaughlin has this to say to ABC Soaps in Depth, “Shiloh feels like he’s in the game because it’s like a moving chessboard. Whenever you think he’s screwed, a situation presents itself and he slips right through that hole.”

And while Shiloh might be treating this custody battle as a game of chess, there are some people out there who truly want to do what’s right for the baby, even though it’s going to be an uphill battle. Katelynn MacMullen, who plays Willow Tate on the hit soap, adds, “It’s all about protecting the baby. Shiloh’s dangerous.”

General Hospital Spoilers: It’s Time For Nelle to Reveal The Truth About Wiley

The fact that Shiloh is dangerous is a fact that many people already know. Either way, this is going to be one court battle that you won’t want to miss. With Shiloh in one corner and Willow in the other corner, things are going to heat up for sure. All we need is for Wiley’s real mother Nelle Benson (Chloe Lanier) to show up and finally put this show to rest, right?

"Bobbie Spencer… will you marry me?" 💍#GH pic.twitter.com/cJzGyUgunh

At least, that’s what some fans are hoping for. Needless to say, fans will simply have to tune in to find out what will happen next.