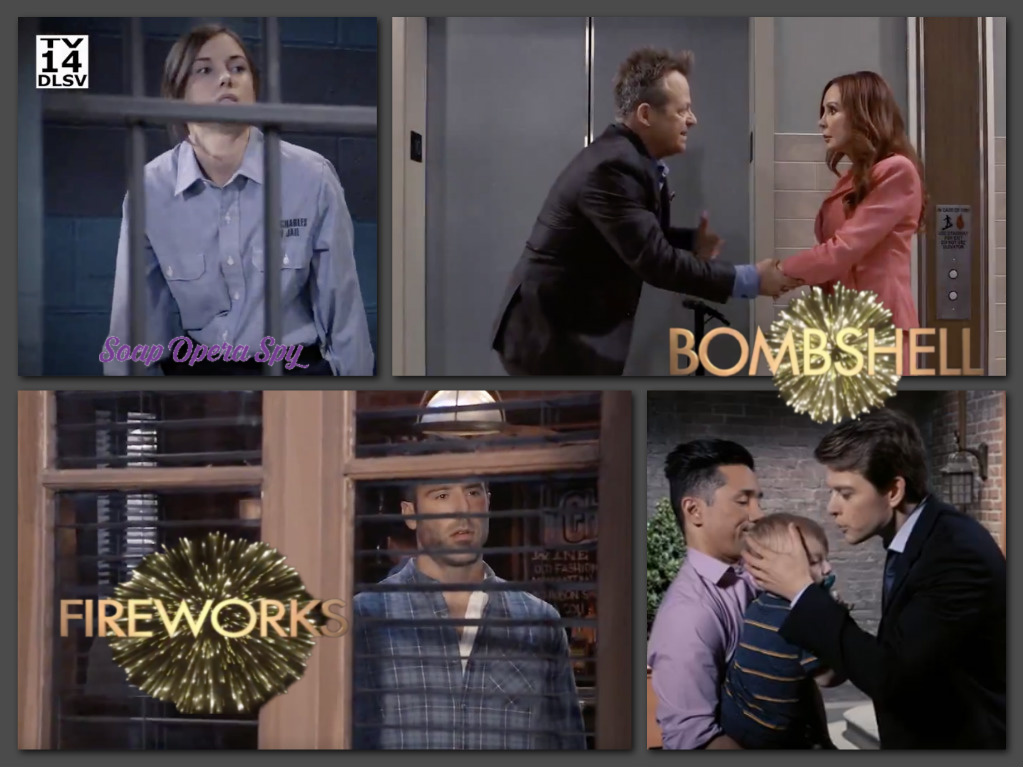 Detective Harrison Finn (Josh Swickard) is about to explode, and asks his older brother Dr. Hamilton Finn (Michael Easton) to talk him down before he breaks his girlfriend out of lock up! Of course, General Hospital viewers know that Willow Tait (Katelyn MacMullen) was put in jail for contempt of court by Judge David Walters (William Allen Young) for lashing out at Shiloh Archer (Coby Ryan McLaughlin) in family court and refusing to release any information about where the son she had with Shiloh was.

He had asked the interim police commissioner, Mac Scorpio (John J. York) if he could intervene but unfortunately he couldn’t help because he knows that judge; Judge Walters has a decided bias against birth mothers and towards birth fathers, and Mac found that out the hard way when he wouldn’t let Maxie Jones (Kirsten Storms) have visitation with Georgie Spinelli (Lily Fisher), let alone shared custody, for over a year!

"Bobbie Spencer… will you marry me?" 💍#GH pic.twitter.com/cJzGyUgunh

General Hospital Spoilers: Shiloh Archer Excited He Knows Where His Son Is

Meanwhile, smarmy Shiloh calls someone, probably his lawyer Zahra Amir (Maysoon Zayid) with the good news that he knows where his son is, having gotten the baby’s DNA on a washcloth that he got by distracting Brad Cooper (Parry Shen) in Charlie’s Pub, where he had come with Wiley Cooper-Jones (Eric and Theodore) looking for Julian Jerome (William DeVry) to get some fake passports “just in case”. Shiloh thinks he’s going to get a match but he’ll be in for a rude awakening! The DNA, of course, won’t match his but no one but Brad knows little Wiley is really Jonah Corinthos and the real baby of Shiloh and Willow died of crib death the day he was born!

Scott Baldwin (Kin Shriner) impulsively proposes marriage to a skeptical looking Bobbie Spencer (Jacklyn Zeman); they’ve been around the block, so to speak, with each other a few times before, in fact, she at one time fought over Scotty with his first wife, Laura Webber (Genie Francis) and tried to break the two up back in the day! Will she say yes, or will she tell Scotty he’s lost his mind?