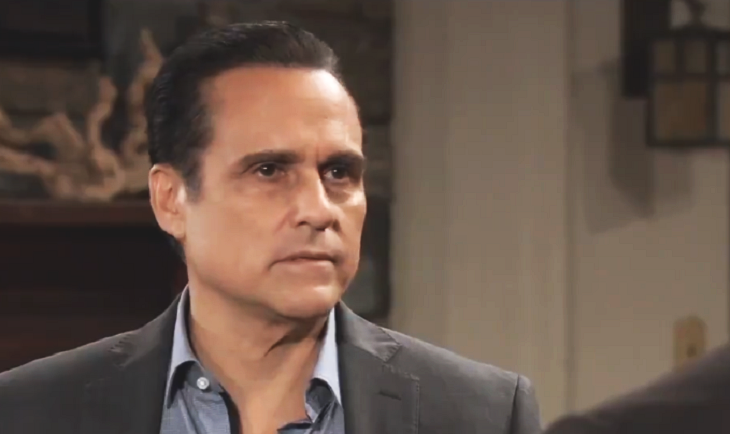 General Hospital spoilers indicate that things aren’t looking so good for Sonny Corinthos (Maurice Benard). As a matter of fact, the mob boss will be headed for trouble in the coming weeks. Here’s what you need to know.

As many fans know, it takes a lot to get a guy liked Sonny Corinthos rattled in Port Charles. He’s not the kind of person who gets easily spooked. However, that’s exactly what’s going to happen in the next several episodes.

General Hospital spoilers tease that something will happen during the Monday, May 6 episode that will leave him absolutely horrified and worried about his family’s future. You won’t want to miss any of this.

Yet, other people in Kristina Davis’ (Lexi Ainsworth) family seem to think differently, as her mother Alexis Davis (Nancy Lee Grahn) is finally taking matters into her own hands. Up until now, she’s made some questionable decisions but she’s about to reverse her wrongs by making them into rights.

By the Tuesday, May 7 episode Nancy will be feeling overjoyed with great news and even Michael Corinthos (Chad Duell) will spend the day feeling pretty grateful. Could this mean that there’s good news for Kristina? Perhaps. That doesn’t happen too often in Port Charles now does it, right?

During the Thursday, May 9 episode, it will be clear that there’s trouble on the horizon as Sonny and the rest of the Corinthos clan will prepare for the worse by Friday, May 10.

Not even his right-hand man Jason Morgan (Steve Burton) can help him get out of this situation. For Sonny, he knows that he will need to act fast in order for this nightmare to be over. His entire family is relying on him, too.

Elsewhere, Jasper Jacks (Ingo Rademacher) will be returning to Port Charles this week. Carly Corinthos (Laura Wright) will be surprised to see him, to say the least.

Their daughter Josslyn Jacks (Eden McCoy) has been left devastated and heartbroken over the death of her boyfriend, Oscar Nero (Garren Stint). Of course, fans will have to tune in to find out what will happen next!