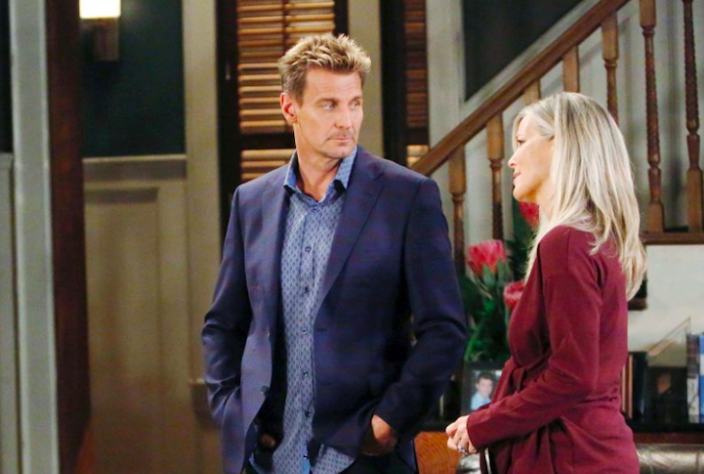 General Hospital (GH) spoilers for the week of Monday, May 6, 2019 through Friday, May 10, 2019 tease that we will have a week filled with a first date, one returns to town, and let’s not forget plenty of drama. We have a very exciting week heading our way and you will not want to miss a moment of the action!

This week on GH, Peter August (Wes Ramsey) will get some sage advice from his mother, Anna Devane (Finola Hughes) and will decide to throw caution to the wind after Anna bolsters his confidence. Peter has been scared of moving forward with Maxie Jones West (Kirsten Storms) but will want to whisk her off to Paris. Maxie will be on board with Peter’s romantic plan.

The two will head off to Paris. Maxie will let Peter know that he does not have to do anything lavish to impress her. He just wants to give her what he feels she deserves. Maxie will make a comment that will leave Peter believing that she is having second thoughts but she will quickly assure him that she is right where she wants to be. Do you GH fans like these two as a couple?

Meanwhile, Jasper “Jax” Jacks (Ingo Rademacher) will return to town to be there for his daughter Josslyn Jacks (Eden McCoy) as she mourns the loss Oscar Nero (Garren Stitt). The first people that Jax will run in to when making it back to Port Charles will be Carly Cornithos (Laura Wright) and Jason Morgan (Steve Burton). Carly and Joss will be thrilled to see Jax back, but the same can’t be said for Sonny Cornithos (Maurice Benard). Sonny had Jax deported the last time he was in town so that may cause some tension. Are you GH fans happy to see Jax back?

So as you can see we have a very eventful week coming up, so make sure to stay tuned to ABC’s General Hospital. Don’t forget to check often with Soap Opera Spy for all your latest spoilers, news, updates, and much more.