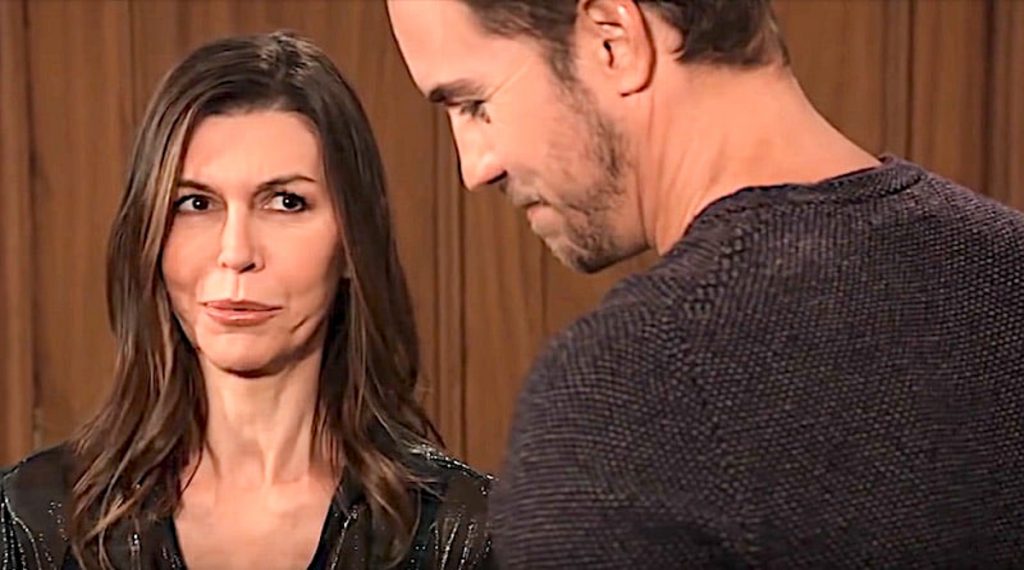 After chasing her twin sister Alexandra Marick (Finola Hughes) all over Europe and not being able to catch up to her, Anna came back from her six month trip with no answers. General Hospital viewers will recall from recent General Hospital episodes that she even went to the Marick estate in Hungary but found nothing that would indicate whether Peter was her son or Alex’s. So as far as she and everyone else knows, Peter is her son. Since Anna thinks of Peter as her son, when she sees him preoccupied when he shouldn’t be, she will know that he is worried about something and she will likely make it her business to find out what is troubling him!

GH Spoilers – Even Though Shiloh Archer Is Dead And Drew Cain Is Presumed Dead, There Is Franco Baldwin!

Even though Shiloh Archer (Coby Ryan McLaughlin) is dead, Drew Cain (Billy Miller) is presumed dead, and even Bryce Henderson (Brian Gross) is dead, now there’s Franco Baldwin (Roger Howarth), who as pre-2012 Drew, has decided to proceed with pursuing getting Franco’s memories back! If Peter knew that he would successfully get Franco’s memories back and that’s all, then he wouldn’t be worried. But what he does have to worry about is if while he is still Drew Cain in his mind he remembers that he, Peter, was involved in snatching Drew out of Afghanistan to begin with.

As General Hospital viewers will recall from the flashback episodes several months ago, Peter was practically Helena Cassadine’s (Constance Towers) right hand man in that whole operation! Peter knows that either Franco as Drew could recall more details prior to the memory reversal procedure, or when he has it, could either become a vegetable, or it will work perfectly, it won’t work but Drew’s memories will become stronger, or Franco could have both Drew’s and his own memories! The hope is that Franco’s memories were merely overlaid with Drew’s and not completely replaced! So far, “Frankendrew” does not have any past memories of Peter.

General Hospital Spoilers – Will Peter August Be Able To Make His Mother Believe His Cover Story?

Peter will likely come up with a cover story as to why he is worried and preoccupied; but the test will come of how good of a liar he is in trying to convince his mother, who is also a trained WSB agent, that he’s telling the truth! There is also a possibility that Robert Scorpio (Tristan Rogers) might bring to Anna’s attention that Peter was visiting Shiloh Archer in prison, and that Robert didn’t buy his story about doing a news story about him. Chances are, Anna will blow Robert off, however, since she already knows he has a burr up his behind where “Heinrik Faison” is concerned!