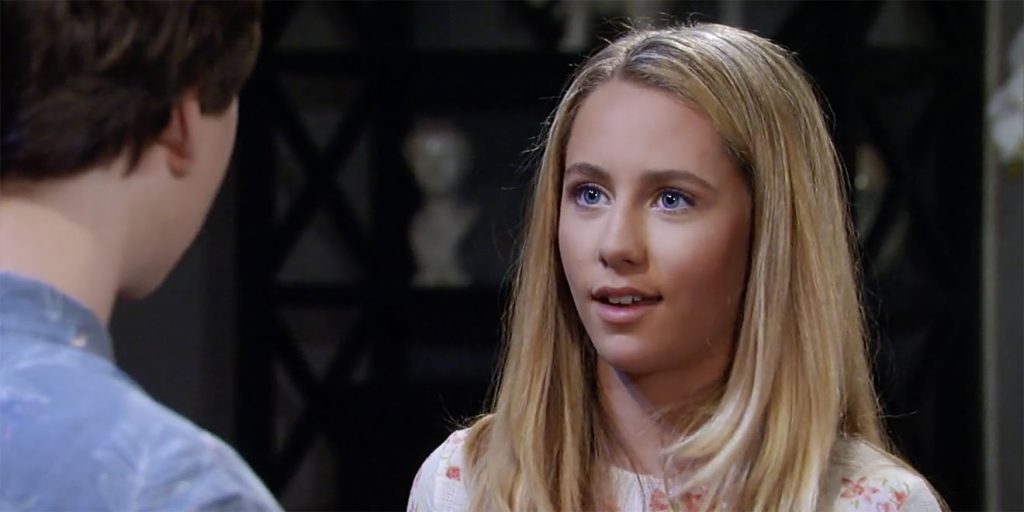 General Hospital spoilers tease that Josslyn Jacks (Eden McCoy) could be suffering from depression, after over a year of emotional ups and downs with her boyfriend Oscar Nero Quartermaine (Garren Lake Stitt) suffering from a brain tumor which he finally succumbed to on May 1st.

General Hospital Spoilers – Like His Mother Kim Nero, For Over A Year Josslyn Jacks Stayed Strong For Oscar Nero Quartermaine

Like his mother Kim Nero (Tamara Braun) did all of Oscar’s life, Joss made Oscar her world for over a year and stayed strong for him, only to have him die anyway. That is a lot for a person to take emotionally, living for another and not nurturing oneself. A person can suffer from emotional overload, and literally not be able to function because the inner burden becomes so great that it begins to affect the person physically, and for an adult like Kim, it can be bad enough but for a teen like Joss, it can be even worse!

Although depression causes similar symptoms no matter the age of the sufferer, for teens it can be particularly devastating! Not only do teens’ wildly fluctuating hormones affect them emotionally and chemically, teenagers have not yet developed the emotional and mental resources to cope with overwhelming circumstances such as death of a loved one and the grief the loss causes.

Plus, studies have shown that traumatic events happening relatively close together can bring on a case of clinical depression; it’s like one keeps going and going and going and doing what they must do to get through the traumatic events, but then after a period of time, they emotionally crash and burn! Symptoms of clinical depression, especially in teens can include withdrawal from friends and family, loss of interest in activities one usually enjoys, poor school performance or avoidance of school, sadness or hopelessness, disturbed sleeping patterns and loss of appetite, irritability, anger, hostility, crying spells, and finally withdrawal from friends and family.

Joss already turned down her dad several months ago for a surfing outing when Jasper Jacks (Ingo Rademacher) first came to town, and bought her a brand new surfboard; she is very irritable and hostile at times in dealing with the Corinthos’ new family member Dev Cerci (Ashton Arbab) and the latest symptom is losing interest in school and school activities, telling her mother Carly Corinthos (Laura Wright) she doesn’t want to go back to school, and worrying and shocking her friend Cameron Webber (William Lipton) when she tells him she’s not coming back to school this time!

She did join with their friend Trina Robinson (Sydney Mikayla) in helping with the Lila’s Kids camp as they have done every summer, or at least wore the uniform, but her heart may not have been in it this year, even though she has been trying to keep up a cheerful appearance most of the time.

It certainly seems like Joss could be showing the early symptoms of depression; stay tuned to General Hospital and keep checking General Hospital spoilers frequently for all the latest news, updates and developments!

Days of Our Lives Spoilers: Rumors of Cast Changes – Is Brandon Barash Leaving? What Happens to Stefan DiMera?