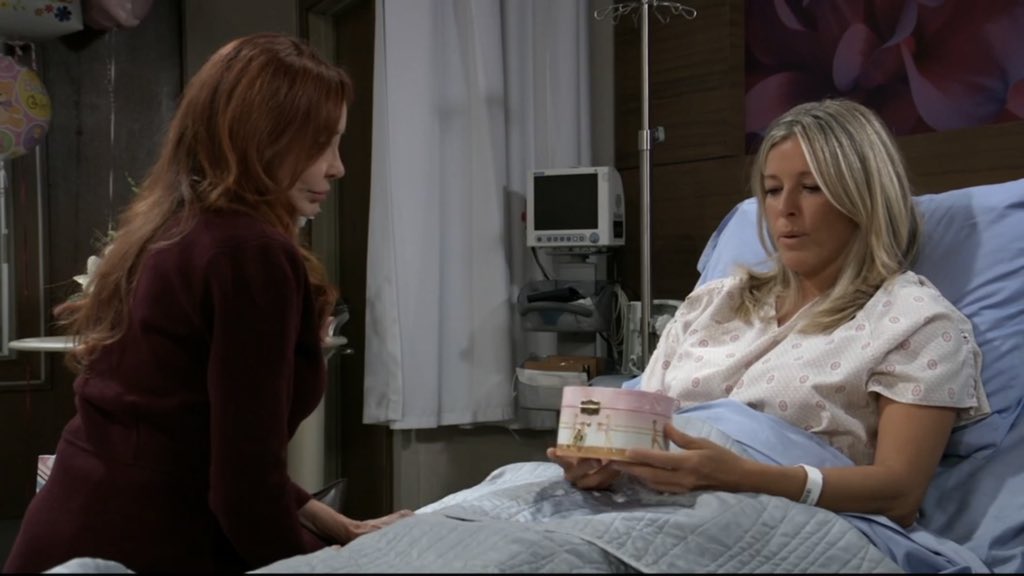 General Hospital spoilers tease that if Carly Corinthos (Laura Wright) gets wind of the fact that her ex, Jasper Jacks (Ingo Rademacher) has been seen providing comfort, consolation, and his couch to Nina Reeves (Cynthia Watros) she will do anything she can to nip another “c” – that is, “COUPLING” in the bud!

General Hospital viewers will recall from recent episodes that Jax had planned to buy Connie Falconeri/Kate Howard’s (Kelly Sullivan) old house, next to the Corinthos compound but then it had become unavailable, and Sonny Corinthos (Maurice Benard) and Jax had argued when Jax first came back to Port Charles over the property.

Sonny didn’t want Jax living so close, although it would have been ideal for Josslyn Jacks (Eden McCoy), she could go visit or stay with her dad easily and Jax didn’t have to visit her at Sonny’s place! In recent episodes, there was conversation that indicated the property had become available again and the implication is that this is the house that Jax bought. Ironically, Kate Howard was the first owner and founder of Crimson Magazine, which Nina now runs and Jax owns the parent company, Aurora Media! 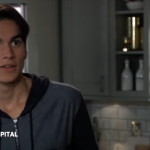 Right now, Carly is still in General Hospital, recovering from giving birth to Donna Corinthos (Ella and Emma Hulen) via caesarean section when she went into labor two weeks early. However, she could still hear from members of Sonny’s security team that Nina Reeves, complete with bridal gown, was seen escorted by Jax into his new home and then seen escorting her, still in her bridal gown, out of his new home and driving her somewhere the next morning!

This of course is assuming that he bought Connie/Kate’s old house. You better believe that Carly would want to hear every detail and that she will read into it the worst case scenario, at least in her eyes – that Jax and Nina “coupled up” and for whatever reason, she had her “wedding night) with Jax instead of Valentin Cassadine (James Patrick Stuart)! The truth is, Jax was a perfect gentleman and Nina slept on the couch! He was also stepping in as a good friend in addition to being her boss at Crimson.

Carly knows all about Nina and her past – especially her Port Charles past! Carly’s late son, Morgan Corinthos (Bryan Craig) and Michael Corinthos (Chad Duell) both were involved with the late Kiki Jerome (Hayley Erin) and Carly knows that Kiki’s birth father, the late Dr. Silas Clay (Michael Easton) was Nina’s ex, and that Kiki was born when Silas cheated on Nina with Ava Jerome (Maura West) back in the day! Carly had also been involved with Franco Baldwin (Roger Howarth) and even gotten engaged to him before Nina hit town, but after their breakup they remained civil.

Kiki, who remained close to Franco and he to her, having been lied to for many years by Ava that he, not Silas, was Kiki’s father would obviously have Franco as a topic of conversation at times, and Carly would probably listen in if she overheard! Nina was a nutcase when she first arrived, faking paralysis to solicit affection and sympathy from Silas, until he was murdered by her own mother, Madeline Reeves (Donna Mills). Nina was also married to Sonny’s brother, Ric Lansing (Rick Hearst) for about a half a minute but he was working with Madeline to con Nina out of her money!

Then, still bitter over the baby she thought she lost in a coma, she drugged and induced labor in Ava, who had become pregnant from a one night stand with Sonny, and kidnapped baby Avery Corinthos-Jerome (Ava and Grace Scarola) and ran off to Canada, where Franco and Silas helped the police capture Nina and the baby, and Nina and Franco both wound up in Shadybrook for a while!

Carly will be sure to ignore the strong, confident woman that Nina has become and that Jax knows she is, and warn him about Nina’s nutty past! Jax may, in turn, remind her that he knows Carly’s own not so sparkling past and employ the phrase about the pot calling the kettle black! Carly herself has done similar things and worse than Nina!