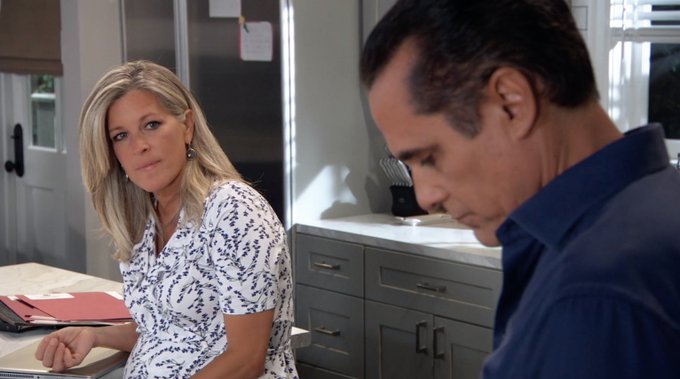 General Hospital spoilers indicate that the day that both Carly Corinthos (Laura Wright) and Sonny Corinthos (Maurice Benard) has finally come. Unfortunately for the couple, it’s going to be a bit of a surprise for them as Carly will be giving birth to their child prematurely. But that’s not the only problem that’s ahead for them. Taking care of a special needs child will test their marriage in ways that they have never seen before. Here’s what you need to know. 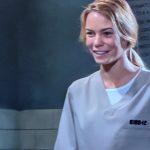 General Hospital Spoilers: Carly Corinthos And Sonny Corinthos Will Face A Huge Test That Might Break Their Marriage

According to Soaps in Depth, Carly will go into labor prematurely and at the hospital, doctors will determine that an emergency C-section is necessary. Head writer Dan O’Connor tells the publication, “Everybody knew that there was the potential for complications in this birth and Carly was expecting to go in for a scheduled birth to that everything could be controlled. And suddenly, this is out of her control.”

Unfortunately, it doesn’t help that Sonny is nowhere to be seen and that he is rushing to make it to the hospital in time. Luckily, he gets there at the very last second. Co-head writer Chris Van Etten adds, “Sonny believes in his wife and he knows that she is going to pull through, but the moment he is by himself, he will reveal a sliver of vulnerability. He’s a strong man, but he’s not without his own features.”

Olivia has Dustin investigated. Is the new romance doomed on #GeneralHospital? #GHhttps://t.co/quQFHNN1e4

GH Spoilers: Carly Corinthos Is About To Make A Special Delivery As The Family Is On Pins And Needles

Meanwhile, the entire family will gather at the hospital as they wait to hear more from Carly and Sonny and the state of their baby’s health. Needless to say, everyone is going to be on pins and needles. Even if everything is going to turn out fine after the birth, that’s not to say that it will be smooth sailing for Carly and Sonny. As a matter of fact, the couple is going to face an immediate medical test that will fast turn into a crisis. Whether or not Carly and Sonny will survive this remains to be seen. So stay tuned to General Hospital weekdays on ABC!

Days of Our Lives Spoilers: Wally Kurth Back on Contract, Here’s What’s Next For Him In Salem