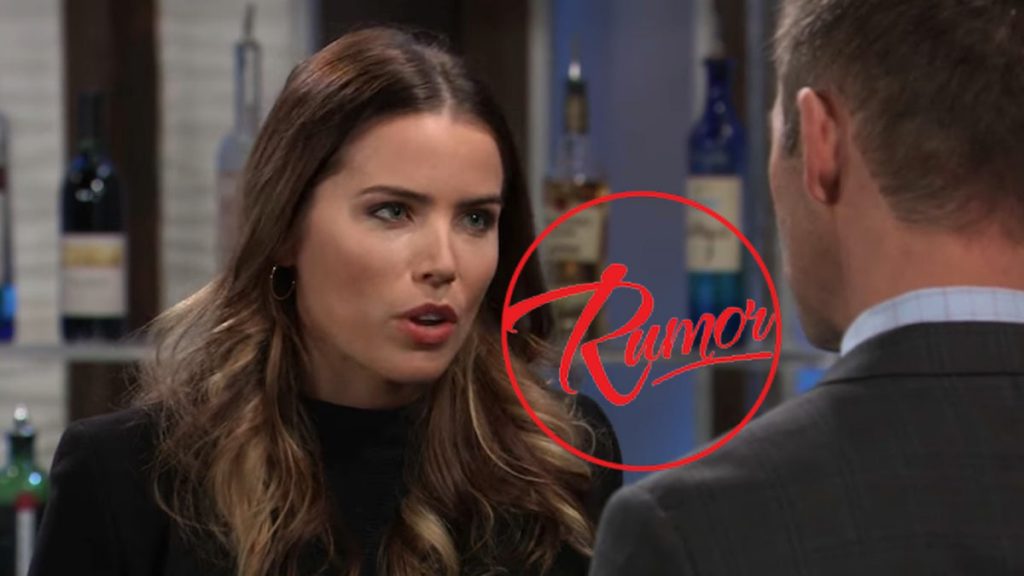 General Hospital rumors tease that there will be a bombshell that explodes “Valentina” in the next two weeks; Sasha Gilmore (Sofia Mattsson) surprises her “mother” Nina Reeves (Michelle Stafford) but there will be a shock along with the surprise! It appears that she will more than likely confess that she’s not Nina’s daughter. But that still doesn’t rule out the possibility that she may be Nina’s relative, and most likely since she’s such a ringer for Britt Westbourne (Kelly Thibaud) and there’s even a resemblance to Nathan (Ryan Paevey)! The most likely possibility is she’s a much younger aunt, and a child Liesl Obrecht (Kathleen Gati) gave up for adoption.

But it’s possible that Valentin Cassadine (James Patrick Stuart) may have a shock as well, in addition to Nina’s likely explosion at him! Other General Hospital spoilers tease that the day after Sasha arrives, Charlotte Cassadine (Scarlett Fernandez) has an outing with her SISTER. Not her STEPSISTER, which she really wouldn’t even be now that Nina and Valentin are divorced, but her SISTER. That could include half-sister.

But if Sasha is being referred to as Charlotte’s SISTER, and she’s not Nina’s daughter, how are they related? General Hospital viewers know that Lulu Falconeri (Emme Rylan) doesn’t have a secret daughter! So she must be Valentin’s daughter, and it’s entirely possible that he never knew she existed!

Liesl Obrecht and Valentin Cassadine – Masters of the Art of Evil Etiquette.

Nina Reeves … not so much. #GH pic.twitter.com/pqx8cEKdz4

The money trail that Curtis Ashford (Donnell Turner) followed from the broker to Sasha may have been the wrong trail; Liesl and Nina may have been pregnant at the same time, and it was Liesl’s money trail he followed instead of the one that may still exist for Nina’s child!

General Hospital viewers may recall when Nathan’s birth father was in question, that even though Liesl let Victor Cassadine (Thaao Penghlis) think that he might be Nathan’s father, there was a mention that “the worst Cassadine of them all” was the father. Of course, that was Helena Cassadine’s (Constance Towers) opinion of Valentin. Even though Cesar Faison (Anders Hove) was ultimately revealed to be Nathan’s birth father, if Liesl is Sasha’s mother, explaining the strong resemblance to Britt and Nathan, then it stands to reason that Valentin might be her father; there is no other way to explain how Charlotte has a sister!

Stay tuned to GH and keep checking General Hospital spoilers frequently to see if Sasha indeed has a double shock for both Nina and Valentin when she comes back to Port Charles!

Rick Springfield Parties With General Hospital Cast – Will He Return To GH?