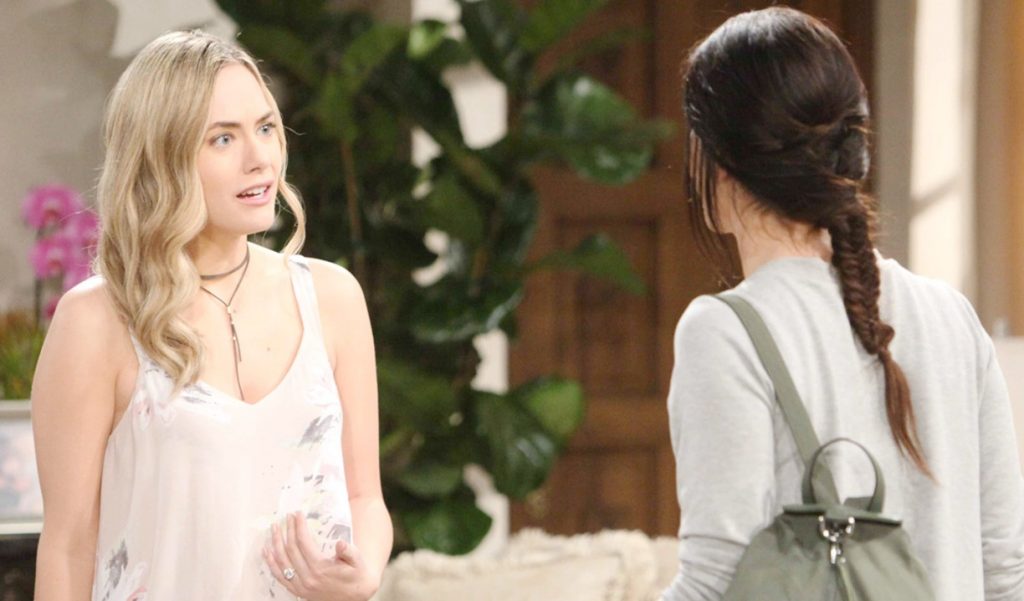 The Bold and the Beautiful rumors indicate that Steffy (Jacqueline MacInnes Wood) and Hope (Annika Noelle) are about to gear up for an adoption battle. While Steffy plans to expand her family by adopting a baby girl, Hope is grieving the loss of her daughter Beth. Upcoming previews indicate that Hope and Liam (Scott Clifton) will meet the baby that Steffy plans to adopt. Hope will feel an immediate connection to the child that she doesn’t know is her daughter.

Feeling a connection with Flo’s (Katrina Bowden) baby will give Hope the idea to adopt. But her decision to adopt is going to create a lot of drama.

First, there will be the drama with her and Steffy.

Steffy has her heart set on adopting Flo’s baby and has begun bonding with the girl, but Hope is going to want to be a mother to the girl because she feels that they have a stronger bond. Hope will be persistent in her quest to adopt Flo’s baby that she will go to great lengths to make it happen, even if it means paying more money.

Steffy makes a decision that will affect her life for years to come. WATCH FULL EPISODE: https://t.co/931YorNbL3 #BoldandBeautiful pic.twitter.com/osTpiq2rud

Reese’s (Wayne Brady) baby switch plan was concocted to swindle Steffy and Taylor (Hunter Tylo) out of money. With Hope wanting in on the adoption and possibly offering more money, it’s going to put Reese in a predicament. He doesn’t want his plan to be exposed, however, the money is tempting and he could be willing to break his promise to Steffy. Yet, he’ll have to find a way to cover his tracks so no one knows that Beth is Flo’s baby.

The baby switch storyline has caused a lot of buzz with B&B fans. With Hope meeting Flo’s baby this has added another layer to the story. If Hope does decide to adopt Flo’s baby, the truth about Beth could be revealed sooner rather than later.

Do you think Hope will want to adopt Flo’s baby?

Days Of Our Lives Rumors: Serial Killer Story Set To Start May 2019, Will Ben Weston Be Blamed?