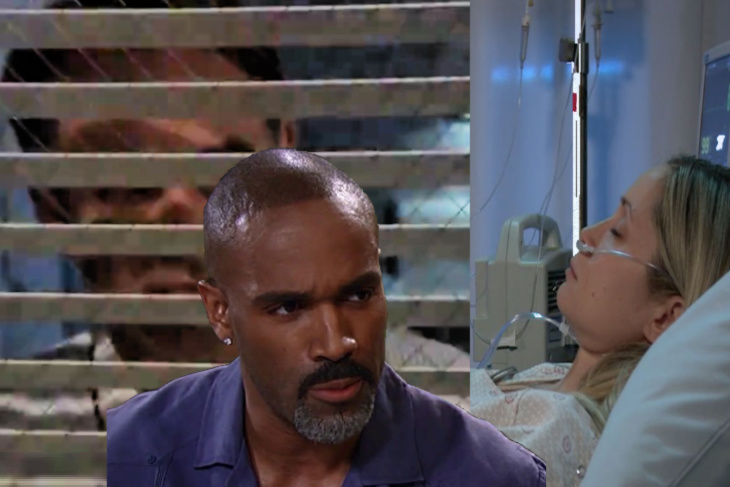 General Hospital spoilers tease that Ryan Chamberlain (Jon Lindstrom) will continue to try to get to Lulu Falconeri (Emme Rylan) as many times as is necessary to make sure she never wakes up to identify him as her attacker, and therefore tying him to the other three murders as well! He knows his favored weapon is in police evidence so at least for now, he’ll have to come up with other methods to finish her off.

General Hospital previews for Monday, January 28th show a barely conscious Lulu waking up to her worst nightmare; Ryan standing over her with a pillow, ready to smother her to death! He tells her to be quiet, and not to fight; she’s not even able to cry out, let alone fight!

Ryan will likely be interrupted again, but not before doing even more damage to Lulu. He may even be able to smother her long enough to cause some minor brain damage, and that’s what causes the amnesia that other General Hospital spoilers are teasing about.

Laura waits by Lulu's side as her daughter fights for survival. Watch today's full episode of #GH – RIGHT NOW – without a login: https://t.co/b7Q3x3NTP8 #GH55

Ryan will continue to try to make sure Lulu has been killed successfully; but by the end of the week, he may again be thwarted from his plans by finding Curtis Ashford (Donnell Turner) standing guard at her hospital room door! In addition, other General Hospital spoilers have Sonny Corinthos hiring Brick (Stephen A. Smith), his surveillance expert this week. Perhaps he intends to add extra layers of security to Lulu’s or Laura’s houses, or Metro Court or even the hospital! 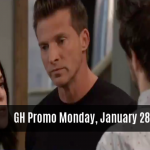 One thing is certain: until the case is solved and Ryan Chamberlain is taken down, no one in Port Charles is safe, and especially not Lulu! Stay tuned to GH and keep an eye on General Hospital spoilers frequently to see what happens next as we go into February sweeps!

Bold and Beautiful Spoilers: Liam and Hope Bond With Steffy’s Baby, Will They Discover Reese’s Secret?