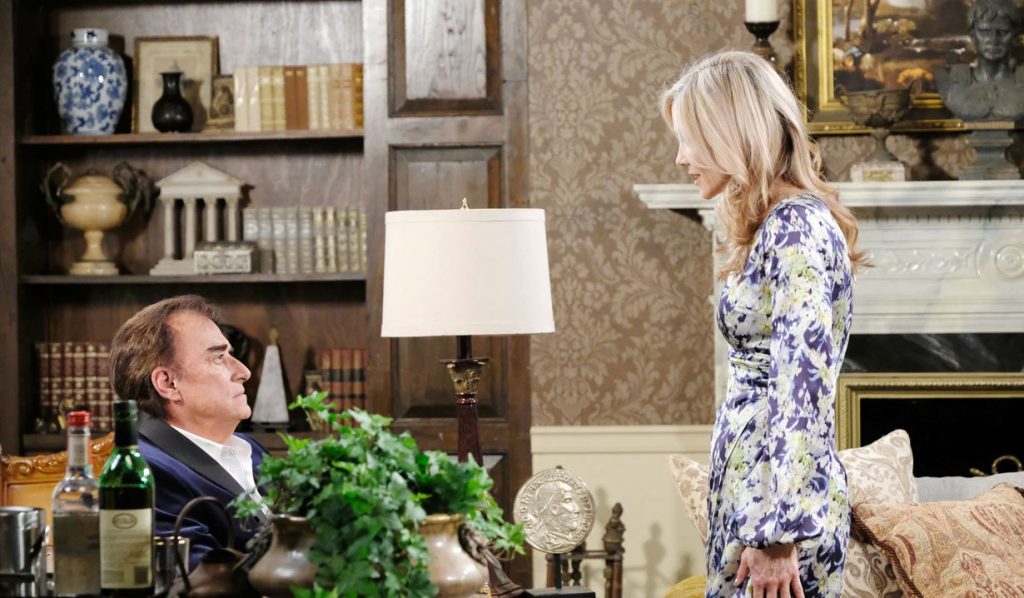 It begins where everyone who is anyone gathers to celebrate the love between John and Marlena. And while the couple is very happy to be surrounded by their friends and family members, their anniversary party won’t go as they were hoping for. That’s because Nicole Walker is there and she’s acting more erratic than ever before.

DOOL Spoilers – Susan Banks Sees Something Is Off

It begins with Susan Banks realizing that something seems to be “off” with Nicole. She senses that she’s seen her before, not realizing that it was actually Kristen dressed and disguised as Susan, too. Kristen is getting increasingly agitated with Susan as she is asking her way too many questions. That’s when Kristen decides to take matters into her own hands and attacks her as it’s the only way to keep her quiet. Kristen takes Susan and ties her up in a storage room.

Days of Our Lives Spoilers – Eli Grant Is In The Room

Meanwhile, Eli Grant (Lamon Archey) receives word that Kristen DiMera is ready to make a move. He’s on the case and wants to make sure that he catches Kristen before she does anything destructive. Little does he know that she’s actually at John and Marlena’s party and that she’s very close in letting her identity slip.

At the party, Nicole is paranoid. Even though Brady Black (Eric Martsolf) is there, her anxiety is at an all-time high. She realizes that the police are at the party and that they are watching her each and every move, too.

Days Of Our Lives Spoilers: Gabi Figures Out Kristen’s Plan – But Can She Be Stopped? ⬇️⬇️⬇️#days #dool #daysofourlives #nbc #daytimetvhttps://t.co/BxY79kebNx

However, things take a dramatic turn when John notices that Nicole Walker is trying to leave the party. That’s when he snaps and confronts her. The two get into an argument. It doesn’t take very long for John to pull off Nicole Walker’s wig and her mask. Eric Brady (Greg Vaughan) sees what’s going on and tries to stop him but it’s too late. The entire room is stunned when they see that it’s Kristen DiMera.

For Kristen, she is raging mad. That’s because had planned to show off her true identify to Brady during the right time and the right place. Seeing that she has no other choice, Kristen decides to make a very desperate move and it’s one that might have some grave consequences. Fans will have to tune in to find out what will happen next!