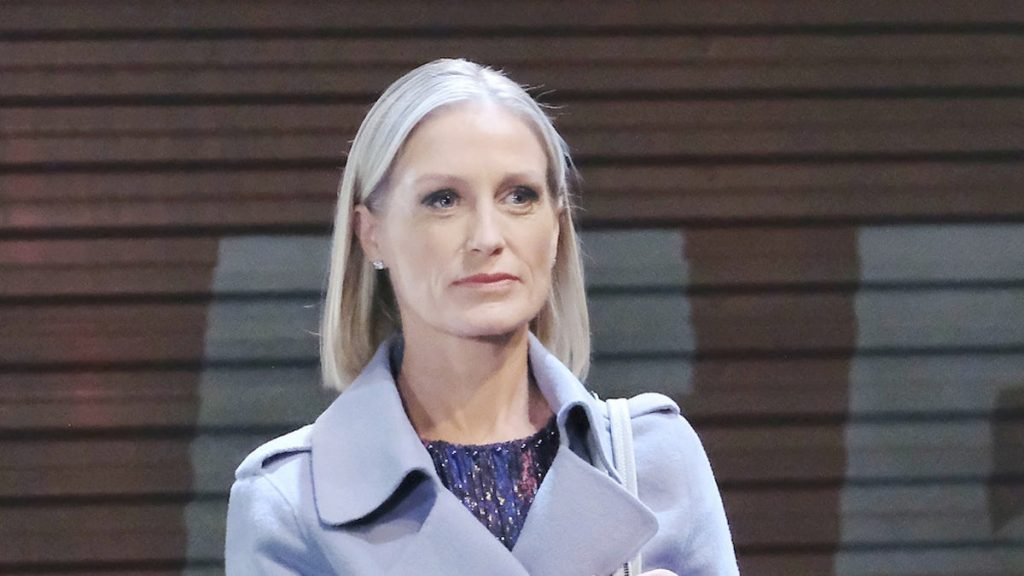 Welcome to your Thursday August 29th General Hospital (GH) recap! We begin our day at Charlie’s Pub, where Alexis Davis (Nancy Lee Grahn) is doing some work on her laptop. We see her looking at a dating website and she finds Dr Neil Byrne’s (Joe Flanigan) profile, suddenly Molly Lansing (Haley Pullos) appears. At the Port Charles Police Department, Jordan Ashford (Brianne Nicole Henry) runs into her son TJ Ashford (Tajh Bellow). She tells him to stop worrying about his tuition bills as her and Curtis Ashford (Donnell Turner) are both working full time.

At General Hospital (GH), Valentin Cassadine (James Patrick Stuart) asks Curtis Ashford (Donnell Turner) to find Cassandra Pierce. He will pay him to find her and not contact the authorities.

At General Hospital (GH), Sonny Corinthos (Maurice Bernard) is badgering Nina Reeves (Cynthia Watros) about Cassandra. Nina says she wish she knew how to find her and he needs to leave her alone. Suddenly Hasper Jax (Ingo Rademacher) appears and interrupts the argument.

Sonny asks Nina why Cassandra has a vendetta against her? Jax says he wants to know too and they are all hoping Sasha pulls through.

At the Port Charles precinct, Robert Scorpio (Tristan Rogers) is asking Michael Corinthos (Chad Duell) about the encounter in Puerto Rico. Michael realizes that in Puerto Rico, he saw Cassandra was taking a drug that is banned in the United states. Michael says the banned drug is for treating anemia, so they may be able to track her down that way.

General Hospital Spoilers – Sasha Gilmore is worried she may die

At General Hospital (GH), Hamilton Finn (Michael Easton) tells Sasha Gilmore (Sofia Mattsson) that they need to do a second round of stronger antibiotics. Sasha wonders if anyone will be able to cure her, will she ever recover. Finn says that a good state of mind could really help her chances of recovery. Finn tells Sasha about how he survived the disease that killed his wife.

At Charlie’s Pub, we see Hayden Barnes (Rebecca Budig) looking at a child’s painting and inquiring on the phone how bedtime was.

Molly Lansing (Haley Pullos) catches her mom looking at Neil’s profile on the dating site. She jokes that it looks like she is stalking Dr. Neil, but should consider dating again. Hayden overhears that Alexis dated Finn and she interrupts them. Hayden sits down and questions the relationship between Finn and Alexis.
Hayden leaves and DR Neil walks right into the restaurant.

Curtis Ashford (Donnell Turner) worries that Valentin is going to kill Cassandra Pierce if he finds her. Valentin offers Curtis 5 million dollars to hunt her down and tell him her location. Curtis questions the amount of money and Valentin says it would set him up for life.

#GeneralHospital buzz suggests that Liz will go to great lengths to save Franco. #GH

Jordan tells TJ that Stella sent a postcard from Paris and she’s having a great European holiday. TJ says he’s actually worried about this relative that seemingly came out of nowhere.

Hayden thinks about her special times with Finn as he walks in and spies the child’s drawing. Neil spots his dating profile on Alexis’s laptop tells her she should just ask what he likes. Michael stops by to see Sasha and realizes every time he asks about her past, she deflects. Robert tells Hamilton about the illegal drug Cassandra takes and where it could be found. Curtis is fired at Aurora and calls Valentin inquiring about his big job offer to find Cassandra…….flash to preview