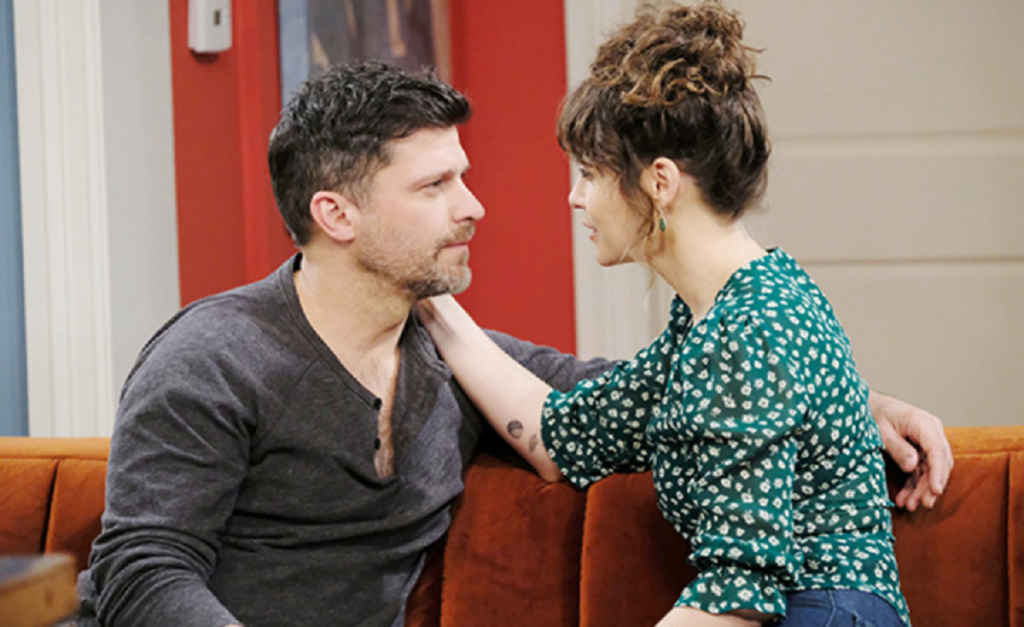 Eric Brady (Greg Vaughan) and Sarah Horton Brady (Linsey Godfrey) have an honest discussion about the state of their relationship, given that there is a new factor; namely, not only Holly Jonas (Scarlett and Harlow Mallory) but her mother, the real Nicole Walker (Adrienne Zucker) being alive. IF Kristen DiMera (Stacy Haiduk) really told the truth, that is! Sarah will try to be supportive of Eric as he goes to Chicago to search for Nicole and Holly, although there is that deep-down fear that she may lose Eric to Nicole, should she and Holly really be found alive!

Jack Deveraux, (Matthew Ashford) Jennifer Horton (Melissa Reeves) and Eric take off for Chicago to look for Nicole and Holly, and others who were in the Nashville “resurrection warehouse” who may have escaped alive, such as Dr. Wilhelm Rolf (William Utay) himself, who may be able to help Jack regain his memories. Since Tony DiMera (Thaao Penghlis) was in Chicago before Kristen brought him back, searching in Chicago actually does make sense! Of course, Jennifer’s focus will be on finding Rolf so he can make up more amnesia serum and antidote for Jack!

Stefan DiMera (Brandon Barash) and Gabi Hernandez DiMera (Camila Banus) are not happy campers when Kate DiMera (Lauren Koslow), the new CEO of DiMera Enterprises moves into the DiMera mansion! Kate did inform them of Wei Shin’s (Michael Hagiwara) decision to hire her, but she did preface her announcement with “we will be working together” so at least she didn’t kick them out of either the company or the mansion. That might be some good news to temper the bad news, although Stefan and Gabi probably won’t see the bright side in all of this! Stefan wants his CEO position back now that he’s been cleared of all his criminal charges, and neither he nor Gabi are happy about Shin giving Kate the job behind their backs, even if they were missing at the time!

DOOL Spoilers – Eli Grant And Lani Price Have A Heart To Heart Talk With Julie Williams, Who Later Collapses

Eli Grant (Lamon Archey) and Lani Price (Sal Stowers) have a heart to heart talk with his grandmother, Julie Williams (Susan Seaforth Hayes) to work out some misunderstandings and tensions that had been between them since Julie hadn’t been notified about their engagement, and she had to find out through the grapevine! They will get things ironed out between them, and even set up with Julie to host their wedding, but an unforeseen complication arises when after they leave her when Julie suddenly has a major heart attack and collapses in the middle of Horton Town Square!