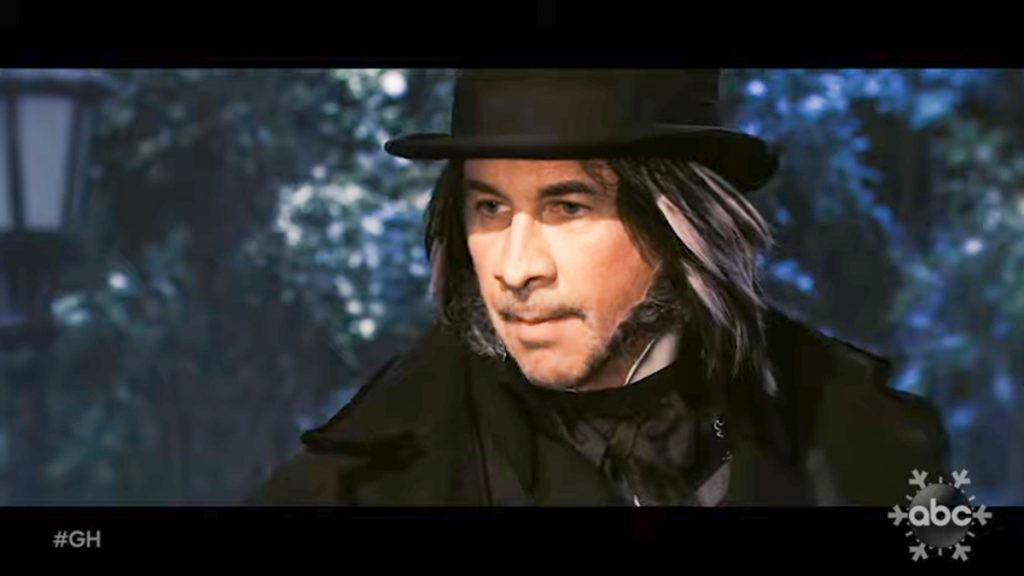 Everyone claps when she finishes and Hamilton Finn (Michael Easton) tells Anna Devane (Finola Hughes) that they need to get going. Anna says she wants to stay at the party longer as Christmas only comes once a year.

Also at the hospital, the Quartermaine family – including Tracy Quartermaine (Jane Elliott) is about to leave. Tracy says the party is over and they need to head home, Ned Quartermaine (Wally Kurth) insists they stay longer.

Curtis Ashford (Donnell Turner) tells everyone that the storm has picked up and they all need to sit tight for the time being. Monica goes to grab another story to read to the children and it’s A Christmas Carol. Monica continues to read the story as the children gather.

GH Spoilers – Hamilton Finn is not feeling the Christmas spirit

Finn again tells Anna that this is Violet’s first Christmas without her mother and they should keep things simple. Robert approaches and tells Finn that he is being a real scrooge. Finn looks on as the story starts and we are transported into the story, with him playing Scrooge.

Anna asks Chase why Finn has such a lack of Christmas spirit, as Violet asks her daddy to sit with her for the story. 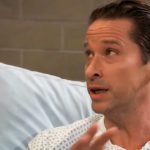 General Hospital Spoilers – Tracy Quartermaine is back in Port Charles

Tracy Quartermaine (Jane Elliott) greets Finn and Anna with a hug. He wonders why she is back in town and she says she felt obligated to visit her family. Finn points out his daughter Violet who Tracy says is absolutely beautiful.

As Scrooge (Finn) counts his money and papers, his nephew (Peter August) comes in all joyous for the season. He asks Scrooge to come to dinner which he grumpily refuses and tells him “good day.”

“Curtis” shows up looking for charity for the poor, which Scrooge flat out refuses to help. Leaving his office, two small children as for money and Scrooge says Bah humbug and off to the poor house for you. Scrooge (Finn) wakes up from sleep and is haunted by the ghost of his former partner Marley (Tracy.) She warns him that he will face the same fate as her, he will be visited by three ghosts

The first ghost of Christmas past visits played by (Josslyn/ Eden McCoy). She shows him his life as a young man. Harrison Chase (Josh Swickard) plays a young Scrooge as he remembers the love of his life Belle (Willow / Katelyn Macmullen). He says he does not want to participate in the fun as a coworker takes Belle to go dance. She leaves him after realizing he is only interested in money and not love.

The ghost of Christmas present appears to Scrooge, played by Liesl Obrecht (Kathleen Gati). She shows him her nephew’s home where people are saying terrible things about him. They go to another home where we see Tiny Tim who is the sick son of his employee Bob Crutchet (Franco / Roger Howarth). Scrooge worries that Tiny Tim is going to die, the present is fleeting.

The ghost of Christmas future appears and its played by Ava Jerome (Maura West). She shows that Scrooge has died and no one showed up to his funeral. They go to the home of his employee Bob Crutchet (Franco Roger Howarth) which shows that Tiny Tim has died.

Ebenezer Scrooge wakes up from his slumber and decides he needs to help others and be in the Christmas spirit.

Tracy decides they should stay at the hospital and help out some more.

In real life – Hamilton Finn (Michael Easton) enjoys the end of the story and his mood about Christmas changes…..flash to preview

Days of Our Lives Spoilers Tuesday, December 24: Julie Worries about Tree Trimming – Eve And Hattie Receive Gifts – Xander Has A Surprise For Sarah