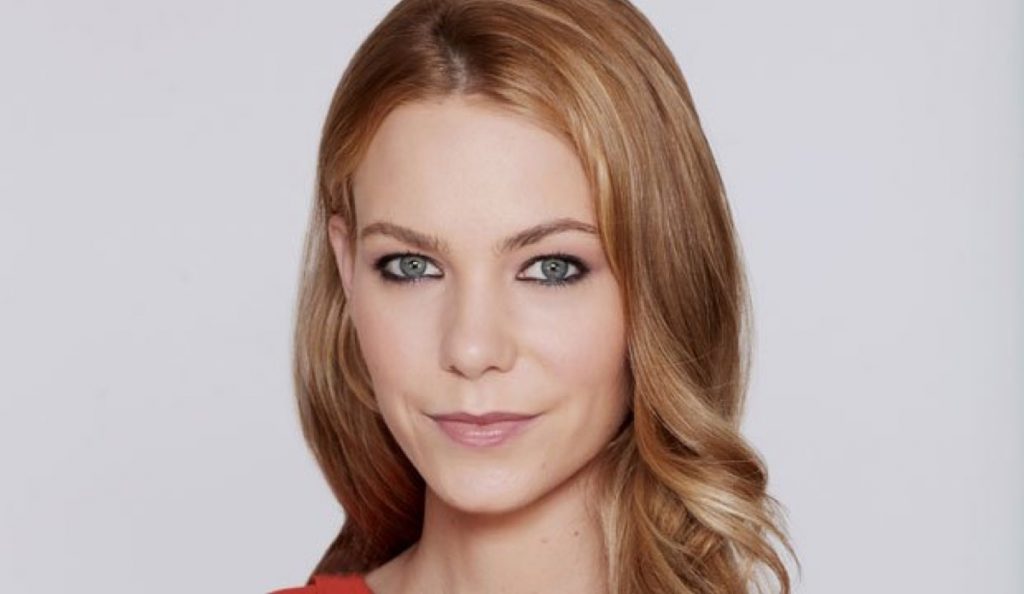 Welcome to your Friday July 26th General Hospital (GH) recap! We begin our day at the Crimson offices where Nina Reeves (Cynthia Watros) is looking at the cover of Crimson featuring Ava Jerome (Maura West). Valentin Cassadine (James Patrick Stuart) come sin and congratulates her on the cover as they kiss.

At the Metro Court hotel, Jasper Jax (Ingo Rademacher) is flipping through Crimson magazine when Hayden Barnes (Rebecca Budig) walks in in and sits with him. She’s impressed he got them an invite to Wyndemere for dinner.

At General Hospital (GH) , Elizabeth Webber (Rebecca Herbst) gives Liesl Obrecht (Kathleen Gati) her release papers. Franco Baldwin (Roger Howarth) says she must be excited to be leaving and she’s no she is still in danger. Harrsion Chase (Josh Swickard) comes in and says they believe her attacker was a man. 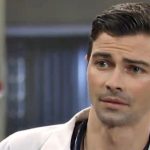 At the Corinthos mansion, Michael Corinthos accepts a call from Nelle Benson (Chloe Lanier) at Pentonville prison. She thanks him for taking the call and asks if he could come visit her. His mother Carly Corinthos (Laura Wright) overhears and is surprised he said yes.

GH Spoiler – Ava Jerome is furious about the Crimson cover

Nina Reeves explains to Valentin that she invited Jax and Hayden for dinner at Wyndemere. Valentin wonders why she did it and Nina says she’s investigating Jax. She wonders why he has a file on them regarding Cassandra Pierce.

Ava Jerome (Maura West) comes barreling in and says she going to sue them for everything they’ve got. She is furious about the Crimson magazine story and that’s its tarnishing her and her dead daughter’s reputation. Ava says she saw him kill Nicholas and she will never forget that. Nina tells Ava that her story has produced millions of views and comments.

A lot of the comments are positive, but some are very negative. Ava says she feels tricked and that she has been crucified. Ava threatens Nina as she walks out angrily.

Hayden wonders why it would be such a bad thing if they were an item and Jax says he has eyes elsewhere.

Hayden leaves and Carly sees Jax sitting at a table alone. She expresses how upset she is about Michael going to visit Nelle. He apologizes for bringing Nelle into their lives in order to save Josslyn. Carly says she loved the expose on Ava.

Chase shows Liesl the photo of the man’s shoes and she says it could be anyone. Franco says Hayden has an alibi, so it’s definitely not her. Chase wonders if she got into an argument with anyone that night. Valentin shows up at Liesl’s hospital room to escort her home.

A woman approaches Franco in the hallway with a message from Kiki. She’s a psychic and that Kiki has been reaching out from beyond. The psychic tells Franco that no matter what he does, do not take that drive.

Nelle goes into her cell where Harmony (Inga Cadranel) is and says it’s her baby’s birthday. Harmony is surprised and says her grandson was born on the 29th. Harmony explains how horrible the baby’s father was and that he ran Dawn of Day. Harmony mentions Wiley’s name, which shocks Nelle.

Carly is unhappy that Michael is going to visit her in Pentonville. He says Nelle was the last person to hold Jonah while he was still alive and he needs to hear more about that moment.

Elizabeth sees Hayden and invites her to come move in with her and Franco. She declines and Franco tells Elizabeth what the psychic told him.

Liesl tells Valentin she does not want to go to Wyndemere.

Ava meets with Franco’s psychic and she tells her that Kiki wants her to leave her alone. Carly goes up to see Nina and thanks her for the Ava feature story. Nina asks Carly what the deal is with Jax. Is he setting her up?

Young And The Restless Comings And Goings: Elizabeth Hendrickson Returning – Chloe Back In Genoa City